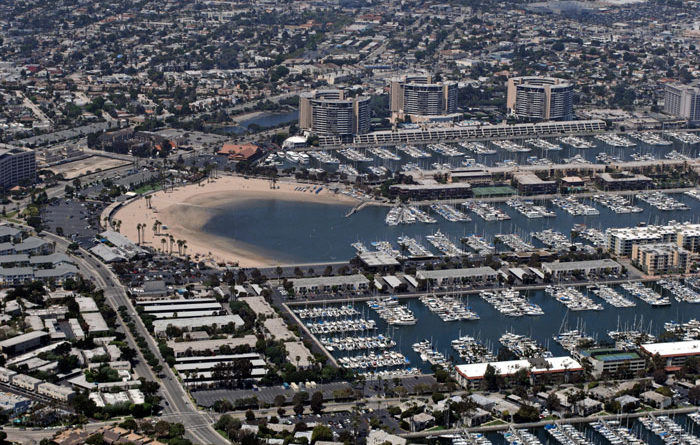 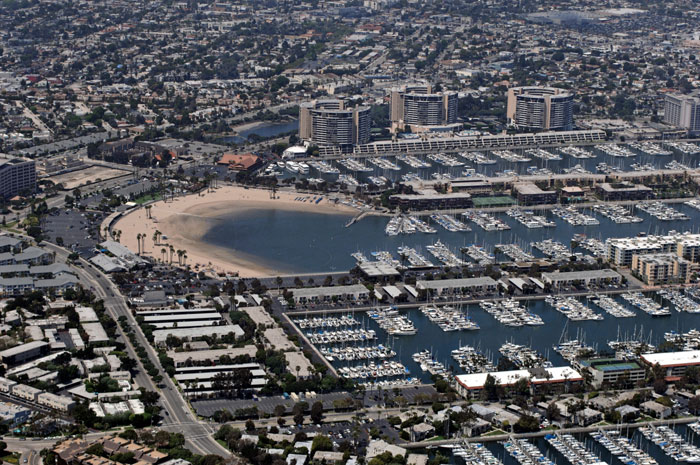 MARINA DEL REY — While copper has been the active ingredient in antifouling bottom paints for decades, is used on 90 percent of vessels in the world and was once hailed by environmentalists as a safe and effective alternative to the more-powerful antifouling biocide tributyltin (TBT), it is now being cited as a pollutant in Marina del Rey by the Los Angeles Regional Water Quality Control Board. On Nov. 5, the board released its second report, which states that copper is currently at unsafe levels in the small craft harbor.

Copper and other pollutants “affect the beneficial use” of Marina del Rey for water contact recreation, marine habitat, wildlife habitat, commercial fishing and sportfishing, and shellfish harvesting, the board stated. The board’s  report, which identifies Marina del Rey as an “impaired waterway” and follows up on standards put into effect by the water quality control board in the Los Angeles region back in 2006, proposes a plan to reduce copper discharge from boats by 85 percent over the next 11 years.             According to the original standards for what the board considered sufficiently clean water as dictated by the Federal Clean Water Act for Marina del Rey, the harbor is identified as impaired for containing chlordane, copper, lead, zinc, PCBs, DDT and other substances.

“Notwithstanding the fact that swimming, fishing and shellfish harvesting are prohibited in Marina del Rey, the impact on these uses is still considered to be a problem — because we are told they ‘could be’ potential uses,” said Greg Schem, a Marina del Rey boatyard and fuel dock owner.

Schem, a Marina del Rey resident who owns The Boatyard, said he has seen what transpires on the water, and he’s not sure there actually is a problem.

“I had done some research, just to inform the county,” Schem said. “They’re declaring it a problem because they believe it exceeds the amount permissible for this waterway,” “Now, how we got to that number (they set as the ‘permissible amount’) is the question.”

For copper, the water quality control board’s standard is 3.1 micrograms per liter, for the water column.

“The problem is that there is quite a bit of controversy as to whether this standard is the correct one to use,” Schem said. The toxicity of copper is directly related to its bio-availability — meaning how much is available to an organism.

“What happens is that when released from the bottom paint, the toxic cupric ion (Cu+2) quickly binds with nearby substances to form nontoxic compounds,” Schem explained. “When this happens, the bio-availability or toxicity of the copper is greatly reduced — even though the total dissolved copper is high.

“As a result, the copper-containing bottom paint performs its desired effect as a pesticide in close proximity to the boat’s hull, but then quickly becomes nontoxic as it falls away,” Schem said.

Marine chemists have addressed this problem for several years by developing the Biotic Ligand Model (BLM), which takes site-specific factors into consideration. While the federal Environmental Protection Agency EPA recognizes this model, it has not been adopted for saltwater marinas by regional water boards.

In 2009, the California Department of Pesticide Regulation suggested that a concentration between 6.0 and 9.4 micrograms per liter may be a more appropriate standard, depending upon the length of time organisms are exposed, according to its report: “Monitoring for Indicators of Antifouling Paint Pollution in California Marinas.”

From a biological standpoint, copper impacts on living organisms have been mostly studied through the common mussel (Mytilus edulis). However, according to biologists such as the University of Melbourne’s D.J.H. Philips, the mussel “should not be used as an indicator of copper in the marine environment.

“In contrast to other metals, the net uptake of copper by the mussel was extremely erratic, and was affected by salinity and temperature changes — and by the presence of other metals,” Philips said.

The Los Angeles Regional Water Quality Control Board suggests there are several options to achieve its proposed 11-year/85-percent copper discharge reduction goal. They include having boaters switch from copper-based bottom paints to nontoxic antifouling paints, use slip liners and use less-abrasive hull cleaning techniques.

“It is our experience that slip liners are of very limited use, as they only work well on small vessels and are often used with high doses of chlorine or other biocide, which is then released in the harbor when the vessel is re-launched,” Schem said. He added that slip liners only transfer marine growth from the hull to the bottom of the liner — which then also must be cleaned.

While Schem agreed that the adoption of less-abrasive bottom cleaning techniques, especially through training and licensing for boat hull cleaners and divers, should be able to yield immediate results, he questioned the effectiveness of switching to nontoxic antifouling agents for hull coatings.

“There’s no viable nontoxic bottom paint available for Marina del Rey — period,” Schem said. “There are many that don’t work.”

Non-biocide paints, such as those that create slippery surfaces from which organisms can be easily removed, are inefficient, Schem said. They are easily damaged, they last only eight to 12 months and they cannot be applied over old copper-based paints, he noted. Stripping the paint on a 40-foot boat to apply new and different coatings would cost the owner around $8,000.

“I think the answered is a more measured approach: lower copper, and Econea (an alternative biocide paint),” Schem said. “If you take that approach over a long term period of time it will help to achieve the goal.”

Econea, which is not yet approved for use in California by the Department of Pesticide Regulation, shows promise, Schem said. While it is slightly more expensive than copper-based bottom paints, Econea paints — such as Hydrocoat Eco — have shown to be very effective and can be applied directly over old copper paints, Schem explained.

Low-copper paints, which typically contain about one-third the amount of copper found in the paints most commonly used today, have relatively the same effects and last about as long as the average higher-copper-content paint. Schem called low-copper paints the most cost-effective alternative.

The proposal for a Total Maximum Daily Load (TMDL) restriction on dissolved copper levels in Marina del Rey will be subject to an approximately one-year-long process. During that process, it would be reviewed by the regional water board and the state water quality board before receiving EPA approval or Office of Administrative Law Approval.

“Our focus has been on reviewing that (TMDL proposal) document,” said Charlotte Miyamoto, chief of the Planning Division for the Los Angeles County Department of Beaches and Harbors. It was open to public comment from boaters until Dec. 20.

Even if the TMDL is enacted, enforcement could prove a difficult task.

“One of the problems is, this regulation is going into effect and there being no real way to enforce it, except making each boater a responsible party,” Miyamoto said.

The regional water quality board’s draft resolution states that copper load allocations shall be implemented through waste discharge requirements (WDRs), waivers of WDRs or other regulatory mechanisms, in accordance with the Nonpoint Source Implementation and Enforcement.

For the board’s purposes, compliance would be demonstrated in any of three ways: meeting numeric targets in the water column, demonstrating that 85 percent of boats in the harbor are using non-copper-based hull paints or using another acceptable means of compliance approved by the regional board, the draft resolution stated.

“While it would be relatively easy to have boaters adopt low-copper or alternative biocide paints, it is unlikely that many boaters would make the switch to non-biocide paints,” Schem said. “Enforcement then would be necessary against the individual boater through either a requirement to have special documentation or through the use of testing.”

Compared to surrounding harbors, the fines and additional regulation and maintenance costs associated with Marina del Rey adopting a TDML would undoubtedly reduce the attractiveness of boating here, Schem added.

“TMDLs are nothing new to the marina,” Miyamoto said. “The back basins have had TMDLs for a variety of things. (The main difference) is that this proposal is being made to cover the entire marina.”