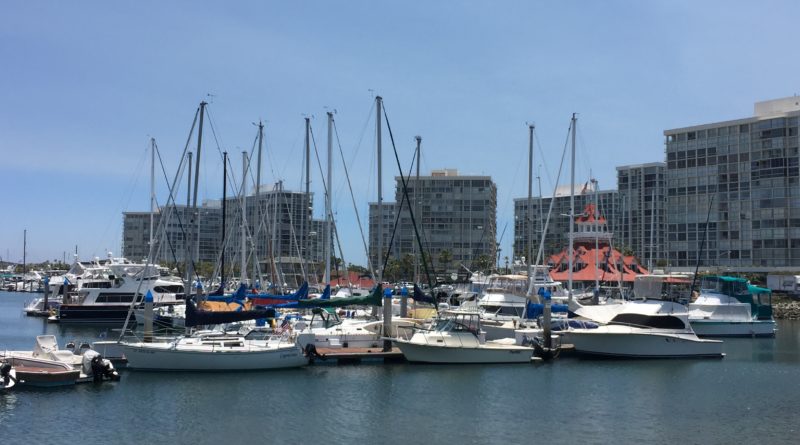 CORONADO — The city of Coronado formalized collaborations with state and federal level officials, April 3, as City Council members accepted $24,300 to address surrendered and abandoned vessels and continued its relationship with the U.S. Navy to keep a portion of the Glorietta Bay waterfront open for various recreational uses.

Council members adopted a resolution to accept $24,300 from California’s Division of Boating and Waterways (DBW) as part of the state’s Surrendered and Abandoned Vessel Exchange (SAVE) program. The grant funds are part of California’s efforts to remove derelict or ditched crafts as part of the Abandoned Watercraft Abatement Fund (AWAF) and Vessel Turn-In Program (VTIP) initiatives.

Coronado previously accepted $37,400 in SAVE grant funds in December 2016 and applied for a new round of funding after the state, in September 2017, announced funds would be available for local agencies to address abandoned or derelict vessels.

“Occasionally, abandoned recreational vessels become beached in Coronado as a result of poor seamanship, weather events, and unlawful operations, especially vessels anchored in the Zuniga Shoal that break free and drift toward and land on the city beach,” city staff told council members in a report. “These abandoned, derelict vessels pose a safety hazard to beach visitors, present environmental hazards to the beach and nearshore waters, as well as become a public nuisance.

“Most of the vessels are not seaworthy and the owners often do not have insurance or the resources to properly care for the vessels or arrange for their removal once aground,” city staff continued.

Coronado previously spent about $23,000 in unbudgeted funds to address abandoned or adrift vessels, according to city staff.

City officials also sought to continue its relationship with the U.S. Navy, as Coronado and the federal armed forces branch will continue a five-year license agreement for use of a portion of Glorietta Bay waterfront.

Both the city of Coronado and U.S. Navy have maintained a standing agreement for recreational use of the area in front of Coronado Club Room and Boathouse, according to a city staff report.

“The license agreement with the Navy grants the City use of approximately 0.2 acres of beach and water area in front of the Club Room and Boathouse for public recreation,” city staff stated in a report to council members. “This area supports numerous recreational operations at the Club Room and Boathouse, including beach access for events at the venue, instructional programs such as kayaking, standup paddleboarding, rowing and fitness classes.

“Without the license, the city will lose the use of the area,” city staff continued.

The license agreement will remain in effect until March 2023.