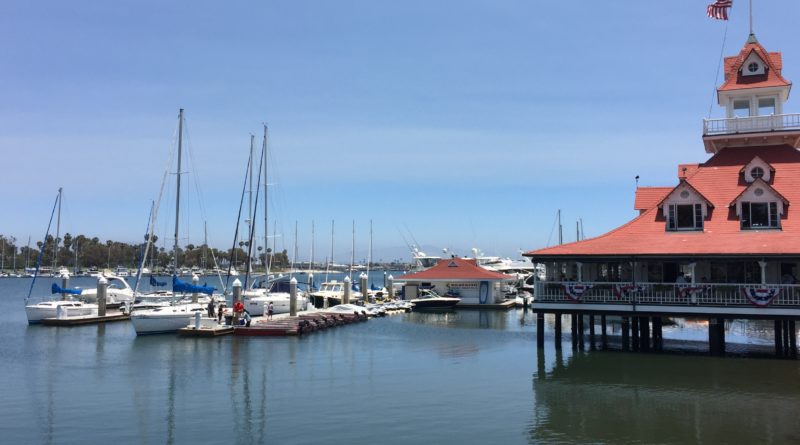 The Coronado Boathouse, located at 1701 Strand Way, is a Victorian-style building once used as a boathouse but has since evolved into a restaurant.

Several items need attention despite the building being in overall good condition, according to the assessment.

“The Coronado Boathouse building is generally in good condition. There are several maintenance items that need attention and a few code related items that should be updated,” the “Coronado Boathouse Stewardship Master Plan: Conditions Assessment Report” stated. “Some big picture concerns are related to the existing location of the building (set over the water), the lack of ventilation control inside the building, and the minimal amount of storage that exits inside the building for the operation of the restaurant.”

Coronado annually allocates $70,000 of tidelands funds to maintain the Boathouse property. The restaurant creates $343,000 in revenue for Coronado, according to city staff.

The assessment report and master plan is Coronado’s first-ever proactive effort to document the Boathouse’s historic past and evaluating upgrades.

Some of the short-term upgrades identified by the assessment report are:

The estimated cost for short-term repairs is $549,897, according to city staff.

Long-term upgrades call for construction of a detached storage facility, relocation/replacement of some kitchen equipment and modification of the existing floor sink. City staff estimates the cost for these long-term upgrades is $437,676.

“Not included in these costs is raising the building to accommodate rising sea levels at a range of $1.7 (million) to $5.2 (million), based on the complexity of work required. City staff and financial capacity determines the timeframe to complete, but King Tides already affect the building with water entering the first-floor decks during high winds,” the city staff report to council members stated. “Raising the building could potentially trigger a complete analysis and seismic rehabilitation of the Boathouse to current code.

“Recent roof repairs also demonstrated a limited supply of the clay tiles currently on the building,” the city staff report continued. “Eventual replacement of the entire roof with historically correct wood shingles is estimated to cost $316,280.”

The assessment report and master plan confirmed a position stated in the city staff report to council members: King Tides pose a significant threat to the Boathouse.

“The 2019 King Tide on January 21 measured 7.41 feet,” the assessment report and master plan continued. “The 2018 King Tide on January 2 measured 7.53 feet. These are similar to some previous year King Tides such as 7.62 feet in December of 1994 and 7.60 feet in December of 1989. On a calm day, the water stays below the platform of the building. On a windswept or stormy day, the water could be driven onto the first floor of the building during a King Tide.”

City staff recommended Coronado provide some assistance in upgrading the Boathouse, due to the building’s significance to the marina and region.

“The city is not obligated to make or fund any repairs or improvements unless desired or necessary for the basic function or safety of the building,” city staff stated in its report to council members. “However, in the interest of the historic preservation of the Boathouse, the city may opt to take the lead on items that are technically the responsibility of the tenant, for example modification of the windows or the construction of a permanent storage facility.”

The Boathouse was built in 1887 and predates Hotel del Coronado, which is located across the street.

“The building use was originally occupied as a boathouse with room for some boarders. In the early 1900s, the Boathouse was the beginning of oceanographic research in San Diego, later housed the Coronado Yacht Club and then the San Diego Yacht Club, was used for hotel guests by the Hotel del Coronado, and finally was renovated to be used as a restaurant,” the assessment report and stewardship master plan stated.

“Since 1968 the Coronado Boathouse has been a restaurant that is currently leased by Bluewater Grill,” the report and plan continued.

The assessment report and master plan was released on May 20.