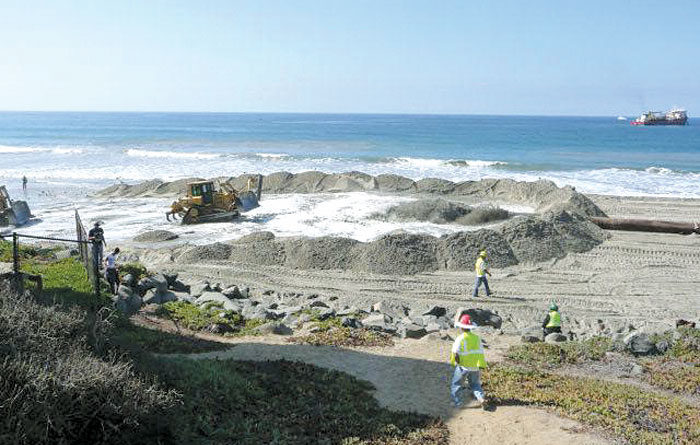 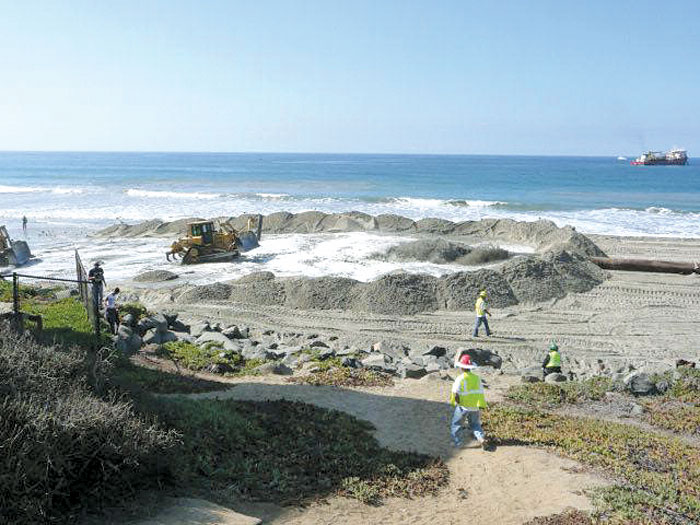 OCEANSIDE — The U.S. Army Corps of Engineers, which is in charge of maintaining federal waterways and channels, has announced a new maintenance dredging plan for Oceanside Harbor.

The plan describes the annual expected dredging requirements to maintain Oceanside Harbor’s federal navigation channel and sand trap through 2015. The Corps of Engineers expects to take out around 180,000 cubic yards per year as part of the project.

According to the Corps’ outline, the project is expected to cost $5 million to $10 million over the three-year period.

Dredging contractors are currently submitting bids for the project, expected to be awarded by March 1. According to Oceanside Harbor and Beaches director Frank Quan, the harbor undergoes maintenance dredging each spring, with much of the sediment being used for beach sand replenishment in Oceanside.

The current project details a sand replenishment program that would target beaches south of the Oceanside Pier, south of Tyson Street.

Quan said the city would like to place the material south of the pier, but in the past several years, much of the sediment from harbor maintenance dredging had to be placed in the 900 block of the North Strand (north of the pier), in order to support a discharge pipe.