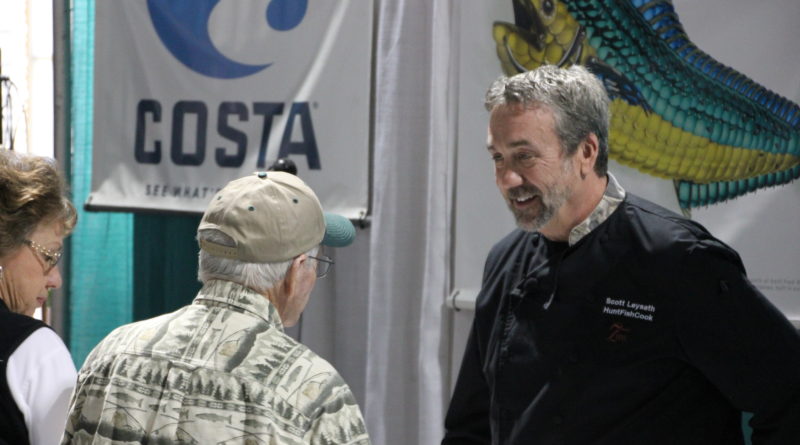 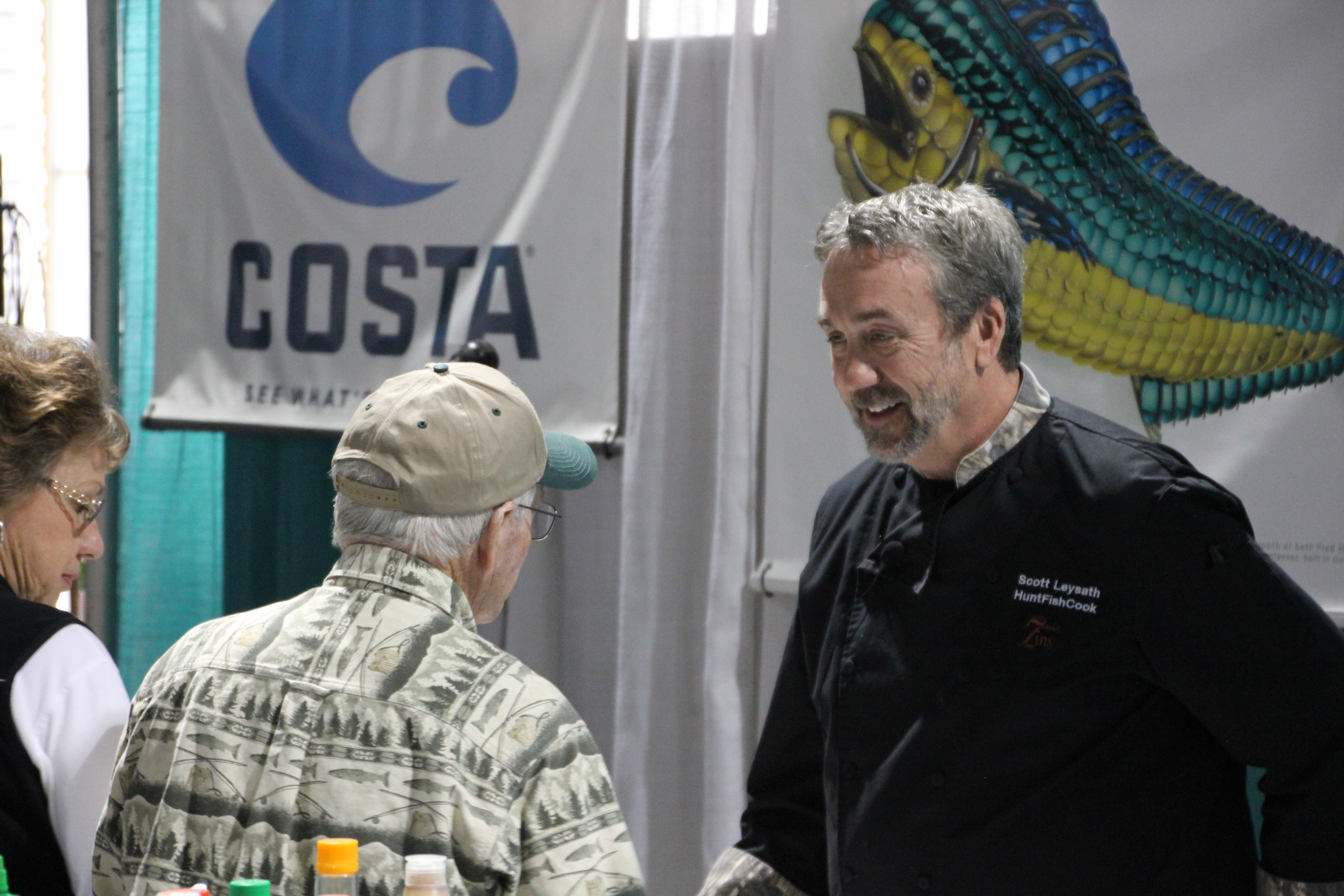 Costa has been a great sponsor of the Fred Hall Shows for several years, sponsoring the Sporting Chef Café venue that showcases celebrity TV Chef Scott Leysath.  For the 2014 Fred Hall Shows there are three new features at the Costa Sporting Chef Café.  The first is “Gaffed” where two chefs from the Long-Range fishing fleet will compete on-stage with the ingredients of a secret basket prepared by Sporting Chef Scott Leysath.  Competitors will have 20 minutes to prepare an entrée from the basket.

The winner will be decided by Leysath and his co-host, singer-songwriter Gary Schiebler. The second new feature will be “The Sporting Chef Challenge”, where, again, a chef from the long-range fleet will challenge the Sporting Chef to a cook off.  Tommy Gomes, from Catalina Offshore Products and owner of Uni Goop, will provide a secret seafood ingredient.

The chefs will have 20 minutes to complete an entrée, using anything that is in the pantry.  The winner will be chosen by Gomes and Schiebler.  Any ties will be broken by Bart Hall. The Third new feature at the Costa Sporting Chef Café is that in between cooking shows and demonstrations Costa will be showing some of their outstanding fishing videos.  Costa is heavily involved in the fishing community and is used by many of the most famous anglers on the planet.  These fishing vides will be playing at the Costa Sporting Chef Café and also in Bogart’s restaurant.  Bogart’s is the main restaurant and bar at the Long Beach Convention Center

Leysath has his own show on the Sportsmans Channel called “Hunt,Fish,Cook”.  Guess what they do!  Right….hunt, fish and cook!  A new show is n the works called”The Sporting Chef” and he just finished two seasons of one of the most popular shows on all of cable TV called “Dead Meat”.  Leysath got to travel the world and hunt, cook and eat many extremely exotic animals.  Some were good, some not so good.

Remember to stop by the Costa Sporting Chef Café in its new location near the Airplane doors at the Long Beach Convention Center.  It’ll be lots of fun.