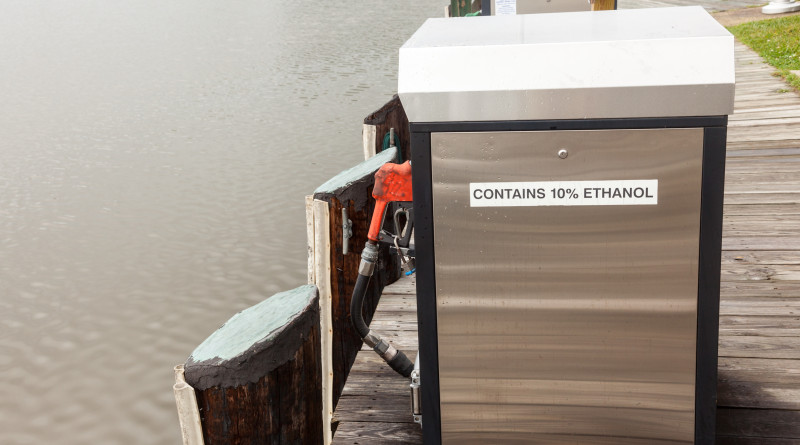 Finding ethanol-free fuel is nearly impossible according to boaters who want access to ethanol-free gasoline when fueling up their vessels. Steve Heap/Shutterstock

NATIONWIDE — One presidential candidate reportedly sought advice from a California agency of how to alter the national Renewable Fuel Standard (RFS), which sets mandates on the supply of ethanol in our gasoline. Meanwhile the Environmental Protection Agency (EPA) was called out in a federal report for failing to meet its statutory reporting requirements under the RFS.

Both events in August add fuel to the flames of an already divisive topic pitting certain biofuel producers against consumers – such as boaters – who say ethanol is bad for their engines.

Jumpstarting the debate in early August was Democratic Presidential Nominee Hillary Clinton. News reports surfaced of the Clinton campaign meeting with the California Air Resources Board to seek advice on how to reform the RFS should the former Secretary of State be elected to the White House.

California adopted a market-based system to reduce carbon emissions and pollution in 2009 called the Low Carbon Fuel Standard (LCFS). Compliance of the program is determined not by meeting mandates but instead whether regulated parties engage in transactions on the credit market.

Clinton reportedly asked how the LCFS could be scaled on a national level, meaning a market standard could replace the EPA’s practice of issuing biofuel mandates through the RFS.

Interestingly enough Clinton penned an op-ed in The (Iowa) Gazette in May 2015 advocating for the RFS and stating renewable fuels reduce carbon emissions and pollution. Some of Clinton’s opponents and pro-ethanol advocates claim her meeting with California regulators is not consistent with the support she expressed for the RFS in the op-ed.

“The RFS can continue to be a powerful tool to spur the development of advanced biofuels and expand the overall contribution that renewable fuels make to our national fuel supply,” Clinton wrote in The Gazette. “But we also can’t ignore significant changes to the energy landscape since the RFS was expanded in 2007. We have to get the RFS back on track in a way that provides investors with the certainty they need, protects consumers, improves access to E15, E85, and biodiesel blends, and effectively drives the development of cellulosic and other advanced biofuels.”

Whether Clinton would continue the RFS as is or make changes to how it is executed remains to be seen, as she has not yet announced a formal plan on the issue and the Nov. 8 election has yet to take place.

A report has not been filed since 2011, according to the Inspector General’s review. Filing such reports are necessary, the oversight office stated, to provide “an objective analysis on the environmental impacts and unintended consequences of U.S. biofuel policy.”

Jim Kohler of the Office of Inspector General said the EPA’s failure to provide timely reports impedes the government’s ability to identify whether current biofuels policy is actually working.

“Not providing these studies impedes EPA’s ability to identify, consider, mitigate and make policymakers aware of any adverse impacts of biofuels,” Kohler said in a podcast shortly after his office’s report was released. “EPA, Congress and other stakeholders lack key information on biofuel impacts needed to make science-based decisions about RFS and U.S. biofuel policy.”

The EPA stated it would continue monitoring the effects of biofuels and greenhouse gas emissions and submit its required reports by the end of the 2017 fiscal year.

Of course ethanol has been a hot topic beyond reporting requirements and the White House race.

The American Petroleum Institute (API) announced on its website in August a campaign to repeal the federal ethanol mandate.

“In the near term, ethanol levels should be set at no more than 9.7 percent of the fuel supply, to protect consumers – while ensuring ethanol-free gasoline remains available to the consumers who want it,” stated Frank Macchiarola, API’s downstream group director. “Owners of small engines like lawnmowers, boaters, and classic car owners often prefer to use ethanol-free gasoline.”

On July 25 the Competitive Enterprise Institute released a report stating the federal biofuels mandate should be repealed because of “numerous economic, ethical and real-world problems.”

“Most vehicles on the road today, as well as all lawn mowers, motorcycles, boats, and other small engines, are not designed or warrantied to use blends higher than E10,” the report, authored by CEI Senior Fellow Mario Lewis, stated. “Only 8 percent of all cars on the road and 2 percent of gas stations are capable of handling E85 — motor fuel blended with 85 percent ethanol — and only 312 out of 150,000 offer E15.”

Lewis added ethanol does not contain as much energy as an equivalent amount of ethanol-free gasoline, resulting in inefficient mileage.

In July BoatUS delivered to the EPA more than 24,000 signatures of people requesting the agency stop adding ethanol into the fuel supply.

The state of Virginia is seeking EPA approval to sell ethanol-free gasoline at marinas in Hampton Roads, Northern Virginia and Richmond-Petersberg.

On Aug. 25 the journal Climate Change published a report stating biofuels are more harmful to the environment than gasoline.

“U.S. biofuel use to date is associated with a net increase rather than a net decrease in [carbon dioxide] emissions,” a group of professors and researchers stated in “Carbon balance effects of U.S. biofuel production and use.”

The study, which was authored by University of Michigan professor John DeCicco and five others, was partially funded by AFI and estimated ethanol fuel blends would probably cause greater carbon pollution during the years it studied (2005-2013) than in engines using ethanol-free gasoline.

Only 37 percent of carbon emissions were offset during the peak of biofuels production, according to the study. DeCicco and his fellow researcher based their findings on crop production data released by the U.S. Department of Agriculture.

Of course there are several groups who advocate in favor of ethanol-blended fuels.

Another organization, the Renewable Fuels Association, challenged DeCicco’s report, claiming he is a longtime critic of biofuels and used flawed methodology to make his conclusions.

“DeCicco’s assertion that plants somehow emit more carbon when burned as fuel than they take in from the atmosphere during photosynthesis defies the most basic laws of plant physiology,” Bob Dinneen, Renewable Fuels Association president and CEO, said in a statement.

The Renewable Fuels Association also accused BoatUS of falsely advertising ethanol and water do not mix in boat engines.

BoatUS states ethanol is bad for boaters because, through phase separation, water will damage engines. However the Renewable Fuel Association retorted fuel separation would never be an issue for boaters if owners and operators “keep water out of their fuel system” – which might be easier said than done when it comes to outboard engines.

TradeOnlyToday.com featured a poll on its website asking readers whether they could find ethanol-free fuel whenever they needed to fuel up. At press time, there were 420 participants in the unscientific poll, with almost half of respondents (195 votes) answering, “No, it’s nearly impossible.” Another 30 percent (125 votes) answered, “It’s inconvenient but doable.”

Only 24 percent of respondents (100 votes) said they were able to find ethanol-free fuel whenever they needed it.

The RFS was authorized in 2005 and expanded in 2007; its purposes are to set a national policy for increased use of renewable fuels (i.e. ethanol) and reduce the United States’ dependency on imported oil.

“It was created with the intent to reduce greenhouse gas (GHG) emissions and expand the nation’s renewable fuels sector while reducing reliance on imported oil,” stated the Office of Inspector General’s report.

EPA staff released the proposed renewable fuel standards for 2017 on May 31; public comments were received on the proposal through July 11.

2 thoughts on “Could big changes be in store for ethanol mandate and Renewable Fuel Standard?”