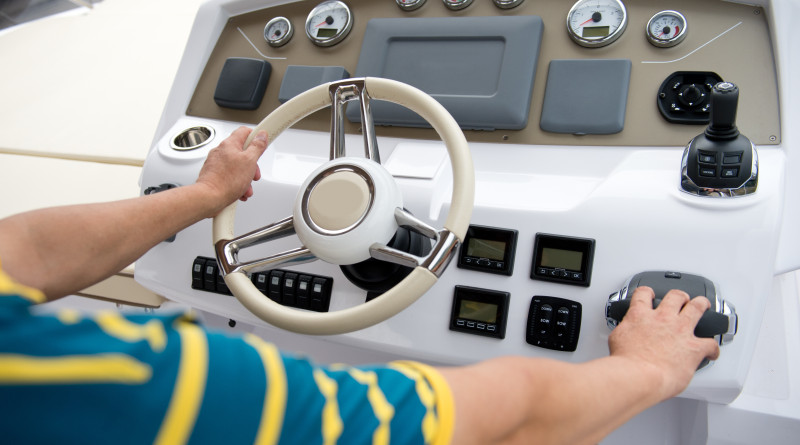 Boaters will need to take online courses on various topics in order to be granted a Vessel Operator Card. The license will be required of any one at the helm beginning in 2018. Hxdbzxy/Shutterstock

New law requiring all boaters to effectively be licensed will be enforced starting in 2018.

STATEWIDE — Believe it or not 2018 is right around the corner, about 17 months away. When 2018 arrives California’s boaters will face one significant change: Anyone at the helm of a boat must carry a Vessel Operator Card.

The card functions similar to a driver’s license for vehicles. Boaters would take an online course covering various topics such as navigation and safety. An online exam follows at the end of the course. If the person passes he or she would be granted a Vessel Operator Card to demonstrate they have completed the state’s basic education requirements to operate a boat.

Technically the law requiring Vessel Operator Cards went into effect in 2015 but enforcement starts on Jan. 1, 2018.

The Vessel Operator Card requirement will be implemented in eight phases. Phase 1 kicks in on Jan. 1, 2018 and covers boat operators who are 20 years old and younger. The population required to obtain a card would expand each Jan. 1 through 2025, when anyone operating a vessel, regardless of age, must successfully complete the mandated education process (see sidebar).

A mandated Vessel Operator Card became law in September 2014, when Senate Bill 941 was approved by the legislature and signed by Gov. Jerry Brown.

California’s Division of Boating and Waterways (Cal Boating), which will be overseeing the Vessel Operator Card system, has not yet approved specific coursework for the law’s education element. There is no guarantee Cal Boating will honor any coursework completed before the Jan. 1, 2018 rollout.

Details are also still raw on the law enforcement side, but Officer James Dreher of the San Diego Harbor Police says officers and deputies would enforce Vessel Operator Cards no different than driver’s licenses for automobile operators.

“As of now, I have not heard how they will advertise this or exactly how the training for the card will be implemented,” Dreher told The Log. “Once all this is in place and the program starts, I would expect us as [law enforcement] will enforce it the same we would when requiring a drivers license for a vehicle. That being said, it should be treated the same. Depending on the situation, we may still issue a warning or a citation if needed.”

Dreher said the ultimate mission is to keep boaters educated and safe. Officers in San Diego would make every effort to keep boaters informed, he said. Dreher is also hopeful news outlets up and down California’s coast will actively report on the Vessel Operator Card requirement as Jan. 1, 2018 nears and help raise awareness.

“This whole program revolves around boating safety and preventing accidents from happening,” said Dreher. “We at [Harbor Police] would much rather educate the boater and insure they are being safe and understand the rules and regulations for being in the maritime environment.

“Once the advertisements begin and the program starts I would assume that news stations would also broadcast the info. I do believe that it will not take long before everyone has heard of it and will begin preparing for when their age group starts the program. As always there will be some that are unaware and that may be a situation for the above mentioned warning in lieu of a cite. Every situation is different,” he continued.

State officials said boaters would be able to take the requisite coursework online, in a physical classroom or through home study once Cal Boating approves the education element.

More information is available at dbw.parks.ca.gov/CVOC.

Rollout of the Vessel Operator Card