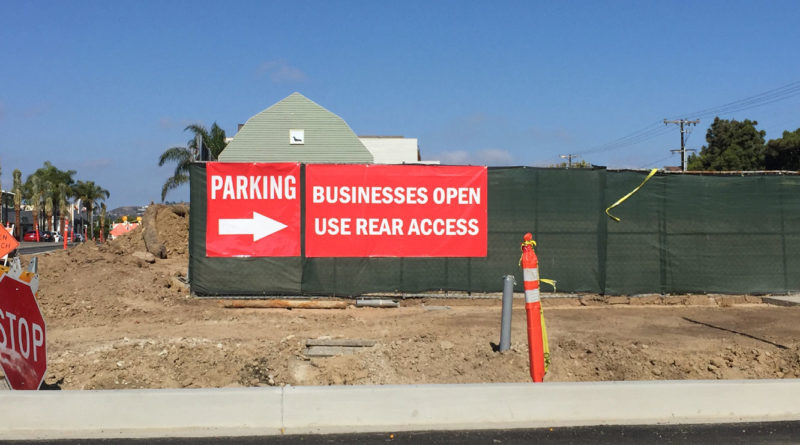 SANTA ANA — Orange County will help foot the bill to inform Dana Point Harbor’s visitors its businesses will remain open during the impending five-year renovation project, thanks to a majority vote at the May 19 supervisorial meeting.

A lion share of the outreach campaign will be funded by the county. Specifically, county supervisors voted to allocate more than $153,000 to advertise Dana Point Harbor will be open for business despite its planned renovation project.

Three supervisors — Lisa Bartlett, Andrew Do and Shawn Nelson — voted in favor of increasing the county’s contribution amount; Supervisor Michelle Steel was the sole nay vote in the 3-1 tally. Todd Spitzer, who chairs the Orange County Board of Supervisors, was not present at the May 19 supervisorial meeting.

“Now’s the time to start that outreach,” Bartlett said. “If we don’t start now notifying the public, we’re just afraid we’re going to lose businesses. [Without the additional outreach], businesses would suffer and not have the continual revenue stream they need to have to be sustainable.”

Bartlett, the former Dana Point mayor who now represents the city and harbor on the board, believed visitors might confuse ongoing construction as a sign that the harbor’s businesses are closed. Ramping up an outreach campaign, she believed, would help the harbor’s vendors sustain its business during the five years the county anticipates it would take to complete the impending renovation.

She pointed out some businesses in a shopping center located next to a major construction project in South County did not survive because one of the entrances into the commercial venue were closed. Accordingly, many customers believed the shops were not open for business, Bartlett said.

“Some of the businesses, even long-term businesses, did not survive because of that lack of outreach. I just want to be sure as the construction begins with Dana Point Harbor, we allow for a specific amount of time to have outreach and to increase the budget just a little bit to cover that outreach to the public,” Bartlett said.

The harbor’s merchants pay into an advertising and promotional fund to help market the waterfront businesses. According to Bartlett, the county’s assistance will help complement merchant efforts to let customers know they remain open for business during construction.

Steel questioned if the county would be paying more money than what the harbor’s merchants requested for the outreach campaign. She acknowledged the merchants agreed to contribute an additional $6,000 to the outreach campaign. However, Steel asked if the DPMA could exhaust the $6,000 contribution first and return to the Board of Supervisors if they still require additional assistance.

“It was a little odd to see [the $13,455 budget request] because it’s more than what they requested,” Steel said. “Reach out is good, but merchants, when their business drops, they can actually reach out to the customers because their rent is going to be dropped. Using [more] taxpayers money … than they really requested [is] really bothersome.”

The second district supervisor was referring to a contract term where Dana Point Harbor merchants could pay a reduced rent whenever its revenues take a dip. Accordingly, Steel hoped the merchants, not the county, would pay for additional outreach costs.

“The rent reduction is based on gross sales. If they have a significant drop in their gross sales over the previous year, they will get the rent reductions,” Gross said, adding the merchants do not necessarily benefit from the contract term.

Dana Point Harbor’s renovation has been a long time coming. The renovation project was originally conceived in 1997. A 23-member task force was created back then to develop renovation plans for the harbor, which was built in 1971. For three decades, the renovation plans stalled. However, plans appear to be moving forward this year to renovate or replace 20 boating-themed and commercial buildings and adding 30,000 square feet of commercial, office, restaurant and retail space.

Last month’s vote means Orange County’s total contribution to the outreach is now $90,000 per year, while DPHA is chipping in $30,000 annually.

The county and DPHA has shared outreach efforts and costs since 1976.