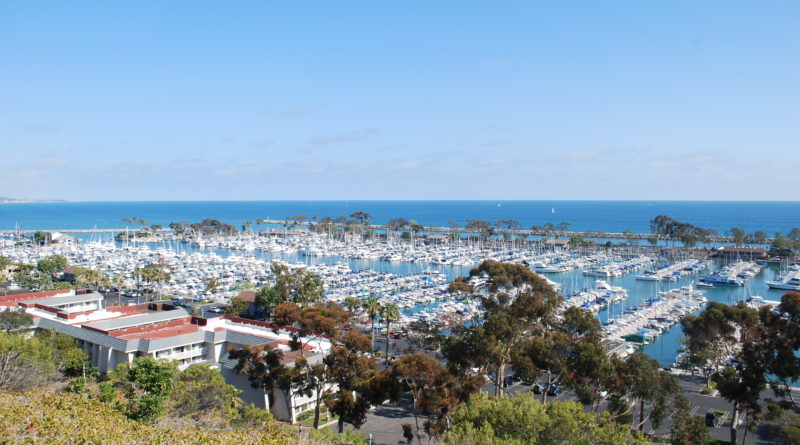 DANA POINT — Rumors over Dana Point’s revamped harbor have been ongoing for the better half of two decades. Revitalization plans had circulated for years, with locals cynically optimistic a new lease deal is being fleshed out between Orange County and Dana Point Harbor Partners to finally begin long-awaited work on the Dana Point waterfront. Talks on the lease deal have taken longer than expected, causing a local boating organization to press for answers.

The Dana Point Boaters Association (DPBA) released a newsletter on April 16 questioning why a final contract, estimating around $300 million in construction and promised at the end of 2017, has not been presented to the Orange County Board of Supervisors for review.

In October of 2017, Supervisor Lisa Bartlett, whose Fifth District encompasses Dana Point, provided guest commentary to The Orange County Register on the pending negotiations, stating the harbor’s revitalization finally turned the corner. She stated a project more than 20 years in the making would finally move forward.

“As your Orange County supervisor, as well as a longtime resident and former mayor of Dana Point, I am pleased to announce the Dana Point Harbor Revitalization plan is finally underway,” Bartlett stated in her guest commentary. “Because the county does not have expertise in construction and operating marinas, commercial cores or hotel development, the public-private partnership model will result in a higher-quality project in a more expeditious timeframe.”

The Board of Supervisors also approved working with Dana Point Harbor Partners, comprised of three co-managing partners, Burnham Ward Properties, Bellwether Financial Group and R.D. Olson Development. However, several months have come and gone, yet still there is no mention of a contract going before the Board of Supervisors anytime soon.

DPBA’s April 16 newsletter questioned where the process of reviewing the proposal is going, what the timeline would be and whether it would be possible to get the proposal before the Board of Supervisors by or before May.

The DPBA newsletter relayed some of the hesitation to move forward could be due to a failure to get on the same page about the financial expectations – while the county would be required to pay a certain amount, the developer may have been disappointed to find they would have to eat costs to build a $300 million harbor.

“Every tweak in the terms has cascading financial implications over decades. Every little change requires complicated math and a crystal ball. Every new demand, every new assertion, send the teams retreating to their drawing tables. Every achievement is a false summit; you think you’ve made it, only to see another hill to climb,” DPBA’s April 16 newsletter article stated. “When will it end?”

James Lenthall, DPBA president and Chair of the newly formed Dana Point Harbor Advisory Board, returned a call from The Log and stated (on behalf of DPBA) he hopes this is the gateway to have a “reimagination” of the harbor.

Lenthall, who has been going to Dana Point Harbor since childhood and has actively had conversations with boaters and locals in the community, told The Log there is a sense of skepticism about whether the project will move forward or if it will be a repeat of the last 20 years. Part of this, he said, is due to the fact that some original plans for the harbor, including helicopter rides, five-story waterfront hotels and other garish attributions, were “offensive” to lifelong residents, but he is hopeful the city is now on the right track.

After years of waiting, locals and business owners appear to be enthusiastic about the steps to move forward on a process that has taken so long to get off the ground. Lenthall stated while DPBA has been connecting with the developers closely, the status of official plans could not be legally shared with the public until the lease is finalized.

At the end of the day, Lenthall hopes the new agreement will be compliant with the Dana Point Tidelands Fund 108, will allow for an affordable harbor, and, of course, would keep in line with the character of Dana Point.

While the goals may be shared, DPBA brings attention to the accountability of both the county and the developer to clearly outline the responsibilities related to “negotiating a construction investment nearing $300 million dollars.”

The e-newsletter continued, “Our harbor is and will remain a county property, with a master tenant contracted to rebuild and operate it. Assigning liabilities – that is, who is responsible for what after the contract is signed – is perhaps more daunting than either the County or developer anticipate. It is a game of both tug-of-war and hot potato.

“Naturally, both sides want to maximize their revenue opportunities, and both want to evade exorbitant and unpredictable expenses. Who pays for harbor patrol? Who is responsible for the quay walls, bridge, breakwaters, dredging? Who will be liable for unanticipated environmental factors or new regulations that affect costs,” the DPBA newsletter continued.

A small section of Dana Point’s official website is dedicated to Harbor Revitalization, with a number to contact Orange County officials. (The harbor is fully within the jurisdiction of Orange County, not the city of Dana Point.)

The website is sparse, but states, “Since the first Revitalization Plan Task Force meeting nearly a decade ago, developing a vision for the Dana Point Harbor has been a collaborative effort among the numerous groups with a singular goal: improving the Dana Point Harbor to reflect our beautiful city.”

A number is listed on the website to contact the county’s Harbor Department. The Log called the number on Friday, April 27 at 12:30 p.m. and a staff member named Marie took down a message stating someone would call back Monday with an update. Marie stated no one was available in the office on Friday to take a call concerning the harbor revitalization project.

Several other city and county officials were contacted a week before the story’s deadline, several days before print, but so far no calls have been returned. The Log will update this story if any information becomes readily available. At this point, further commentary concerning the ongoings behind the scene would be pure speculation.