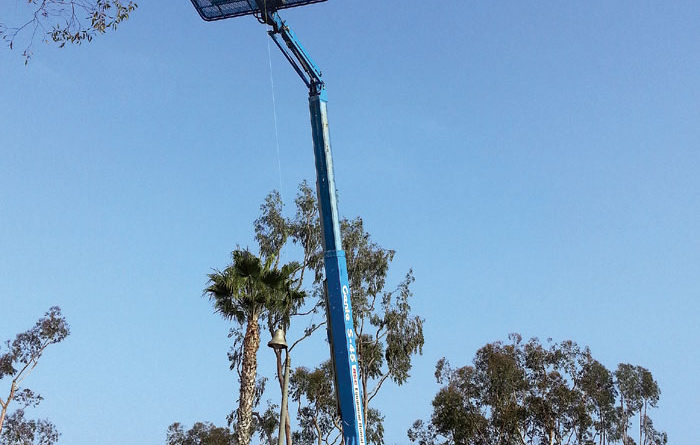 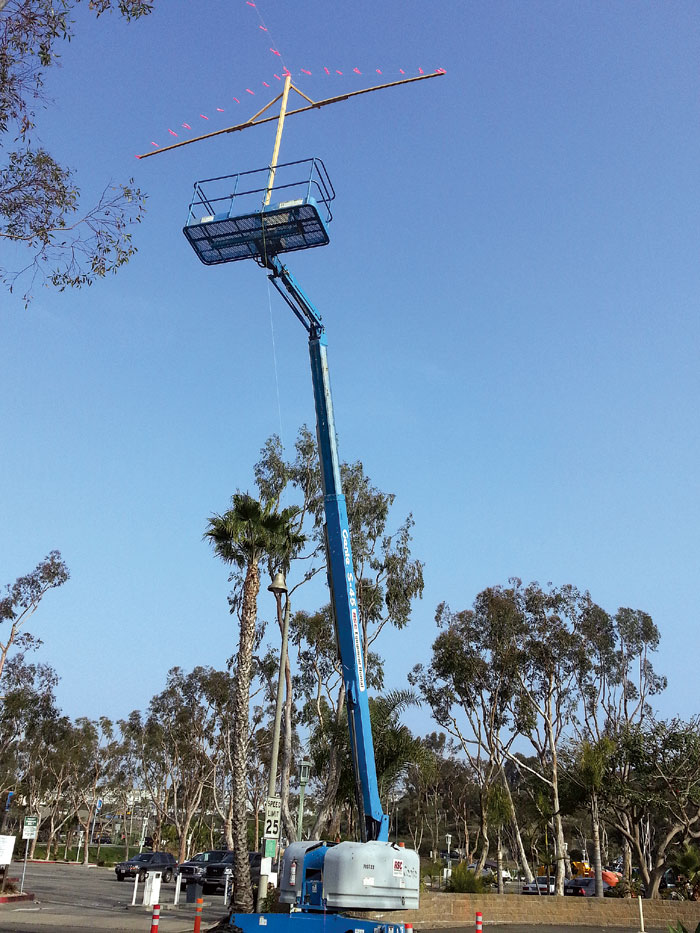 DANA POINT — Members of Boaters 4 Dana Point Harbor and the Dana Point Boaters Association carefully examined the heights and locations of the proposed boat storage “boat barn” and commercial buildings in the harbor during the weeklong period that story poles were erected here.

Both organizations conducted their own research, once Orange County Dana Point Harbor officials announced that story poles would be going up Jan. 31. The story poles remained in the harbor for one week, were certified by the county’s land surveyor and were removed Feb. 7.

The story poles showed the ridgelines and peaks of structures in the harbor’s Commercial Core Buildings and Dry Boat Storage Building Proposal. The proposed structures are part of the conceptual Dana Point Harbor Revitalization Plan.

The story poles gave boaters and non-boaters alike an opportunity to observe how the buildings fit into the current harbor views.

“These [story poles] will show the view corridors being created by the new construction –and that the buildings will not be massed to block views,” said Brad Gross, Dana Point Harbor director. “Instead, they are situated to minimize the perceived impact from public views along Golden Lantern.”

Members of the Dana Point Boaters Association said they looked at the story poles from various angles to determine how the structures would affect public views and boater resources.

While the view obstruction is a concern for the association, the core boater issue is how the proposed buildings will affect boater resources, specifically parking areas.

“The expansion of the Commercial Core will run into the dedicated boater parking,” Lenthall explained. “We are continuing to work with the OC Dana Point Harbor Department, so that there is still available boater parking in proximity to the slips.”

California Coastal Commission members approved the landside portion of Dana Point’s $140 million Harbor Revitalization Plan in January 2011. The first phase of the plan calls for the redevelopment of Planning Areas 1 and 2, labeled the “Commercial Core” — including Mariner’s Village, Dana Wharf, a launch ramp, a boater parking lot and a dry storage area for boats.

The sizes of the proposed structures are also of concern for Boaters 4 Dana Point Harbor members. They encouraged boaters to head down to the harbor while the story poles were in place to see for themselves how the buildings would affect boater resources and views.

“These tall buildings are going where there is boating activity right now and will replace boating resources,” said Bruce Heyman, president of Boaters 4 Dana Point Harbor. “Plus the tall buildings have so much more square footage that they will take more real estate away from boaters. We wish the buildings were smaller and weren’t right where we are trying to launch and trying to park next to our docks.”

Currently, sailboat masts can be viewed throughout the harbor — but the buildings will obstruct those views, Heyman explained.

“These new buildings are going to be taller than 99 percent of the masts in the harbor,” he said. “Probably only the tall ship Pilgrim’s mast will be taller than the buildings.”

Boaters 4 Dana Point Harbor members have taken several hundred photographs of the story poles from different spots throughout the harbor. Although the poles are helpful in visualizing the placement of the structures, they do not provide a complete representation, Heyman said.

“I would have liked for the story poles to show the entire outline of the building,” he said. “They only show the ridgeline. The boat barn is much bigger than what they are showing.”

Gross explained that the story poles identifying the ridgelines of the proposed building  have been certified by the county surveyor to accurately depict the height as proposed.

“We have our architects taking photos of the story poles for the next step, which will be to superimpose computer generated depictions of the proposed buildings in the exact locations, so we can provide an accurate image of the new and different views,” Gross said.

Both boaters’ groups intend to bring their observations to a future public hearing.

OC Dana Point Harbor staff members will provide specific designs of the buildings in the application for a Coastal Development Permit (CDP). The plan must be approved by the California Coastal Commission.

The CDP will be finalized after the city’s Planning Commission public hearing is conducted and the appeal period expires. The application may be filed with the city of Dana Point within the next two months. Once it is filed, city officials will schedule the public hearing.

At that meeting, the public will have the opportunity to voice support or concerns about the buildings in the Commercial Core. The hearing could be scheduled within six to eight months after the submittal.