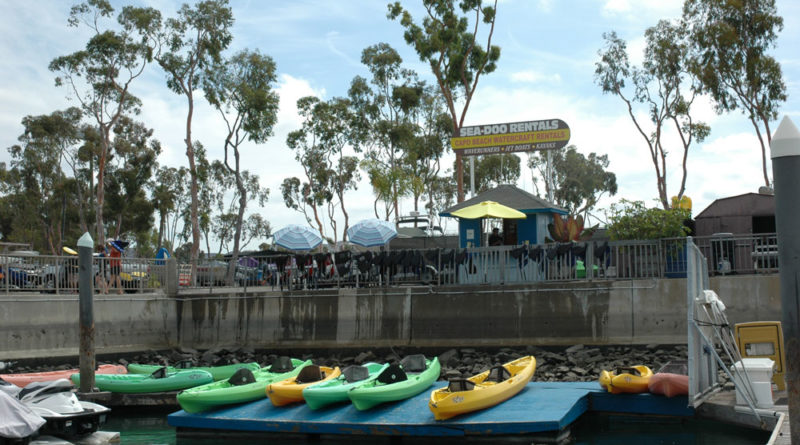 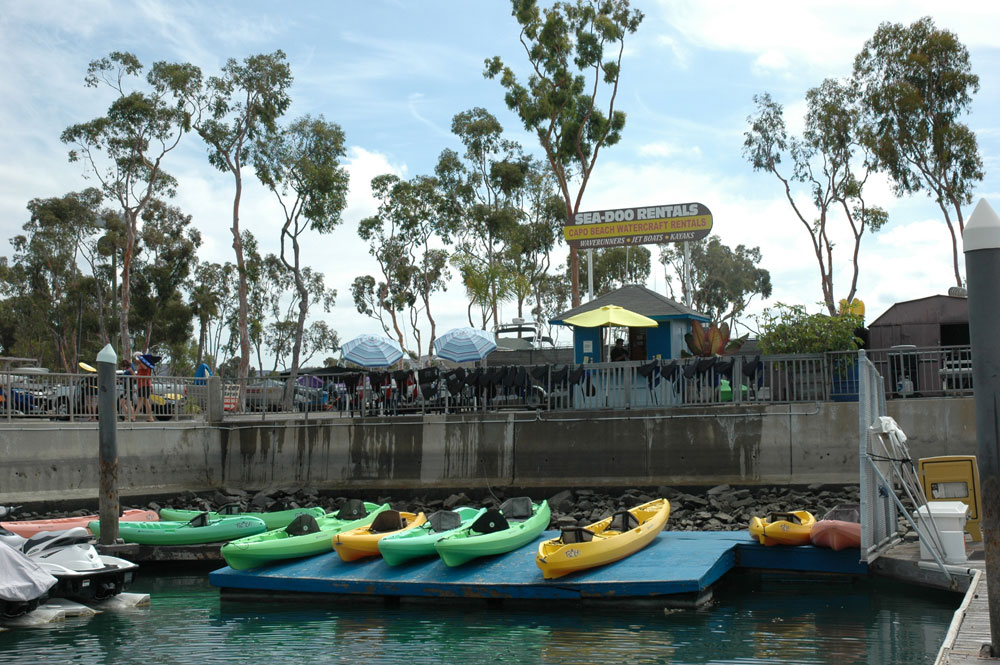 DANA POINT — A local businessman embroiled in “a game of cat and mouse” with officials to secure a lease for his watercraft rental service has been left without a relocation plan as the harbor nears the first phase of a $140 million revitalization project.

William Byrd, who, along with his family, has owned and operated Capo Beach Watercraft for the past 30 years, claimed that OC Dana Point Harbor (OCDPH) Director Brad Gross has refused to discuss relocation options for his operation, which currently functions on a month-to-month lease.

Located at 34512 Embarcadero Place, Byrd’s business sits on county-owned land adjacent to the offices of Vintage Marina Partners, the leasing managers, and Dana Point Jet Ski & Kayak Center. A dry stack boat storage building known as “the boat barn,” which is an element of the Dana Point Harbor Revitalization Plan, was approved in concept by the planning commission, and would essentially be constructed in the location of Byrd’s business.

With the Commercial Core portion of the project set to begin in early 2015—pending the Coastal Commission’s decision on an appeal, likely to be heard in August— the estimated $32 million  building will leave Capo Beach Watercraft without a home. Byrd said within the first year, his business would likely be required to move to make way for parking and possible boat barn preparations.

“They won’t elaborate or let me meet to sit down and discuss it,” he said. “They’re making it tough on us so that we just leave. They’re planning on putting that boat barn pretty much right over the top of us.”

On May 12, the Dana Point Planning Commission approved a permit for the development of the Commercial Core. The decision was later appealed and upheld by the City Council on June 17.

At both meetings, Gross was seen exiting the room during the public comment section when Byrd spoke, only to return when officials resumed discussion. Byrd, whose business requires 50-feet of lineal dock space to effectively operate, voiced his concerns of recognition and relocation at both forums.

At the Planning Commission meeting, Commissioner Susan Whittaker confronted Gross on Byrd’s concerns, asking: “Do you have any response to the gentleman from Capo Beach concerning the jet skis for his comment that he had about losing his—?”

Gross responded: “I’m sorry. I was out of the room for a few minutes and I apologize for that, so I’m not aware of any comments in that direction.”

Whittaker continued: “What his concern was, was that in the plan he would lose his dock space or his business location space and there wasn’t an alternative. Is that something that you’re familiar with?”

Additionally, the county’s Coastal Development Permit (CDP) depicts a business location on a map within the Project and Plans and Exhibits section labeled as “relocated jet ski rental.” The text on the chart requires the image to be extensively enlarged to see it, and it is unclear whether the location serves to satisfy an option for Byrd’s business.

When questioned on both items, Gross declined comment. In an email to The Log Newspaper, Gross’ executive secretary said “it would be inappropriate for the county to comment on a lease negotiation while the tenant and the property managers continue their negotiations.”

“It would be inappropriate to discuss lease negotiations while they are still underway,” Stetson said via email.

Multiple attempts to reach Fifth District Supervisor Pat Bates, who along with Chief of Staff Don Hughes had promised to assist Byrd, were unsuccessful.

“The excuses have been going on for six months,” Byrd said. “It’s always ‘I’m going back to my office. I’m going to get back to you within a day or two,’ then it never happens.”

The county approved more than 30 new leases in the harbor during a OC Board of Supervisors meeting April 20, 2010. Byrd planned to attend the meeting with the hope of being included, but following a conversation with Lisa Smith, OCDH deputy director, Byrd received an email promising a separate sit-down meeting.

“(Gross’ secretary) will work to set the meeting with you, Brad, Jon Conk (of Project Dimensions) and myself to discuss how your operation will be adjusted within the Revitalization Plan,” the email said. “We’re hoping for next week depending on everyone’s schedule.”

But the meeting never took place.

“I stood on the sideline and let all these guys get leases and I wasn’t a part of it,” Byrd said. “I was promised ‘you’ll get it later and we’ll help you,’ but that never happened.”

Since that time, Byrd, who has had sporadic conversations with officials, has been offered a lease that he said includes the same language and terms as previous offers.

“The one that they want to give me has a new relocation clause where it’s at the sole and absolute discretion of Gross,” Byrd said. “There aren’t any changes. They just flipped a few things around on it…But this time they said sign it by the end of the month or you’re back to month-to-month, and we’re going to revoke everything we offered. They’re still playing games.”