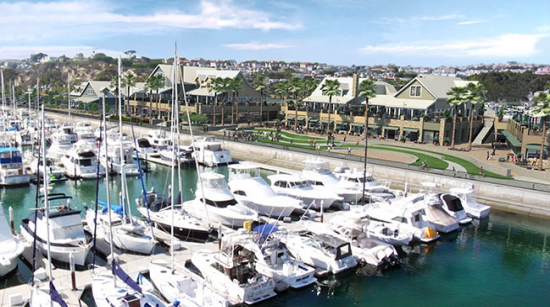 DANA POINT — Boaters at Dana Point Harbor asked questions and expressed concerns about revitalization plans, slip transfer fees, noise enforcement, fishing and other issues in their latest round of interaction with county officials via a local advocacy group.

Dana Point Boaters Association (DPBA) released on May 22 a new round of questions, responses and positions as part of its Boater Liaison Program. The program offers boaters who frequent Dana Point Harbor to ask the county’s harbor department questions about a variety of issues affecting the waterfront venue, which is on the verge of undergoing a massive revitalization.

There were 13 questions posed in the latest round of submissions to county officials, presenting questions asked by boaters, DPBA’s position and the county’s response.

Four of the 13 questions focused on the planned harbor revitalization, with boaters asking about boater service buildings, the dock replacement plan and access to the East Cove Basin during construction.

“OC Dana Point Harbor is engaged in [a] massive plan to revitalize our harbor. What is the plan for various boater service buildings? Are upgrades in order,” someone asked.

“OC Dana Point Harbor and its operators continually develop programs to renovate the aging facilities,” the harbor department replied. “Plans for a maintenance improvement project are now in place.”

DPBA held the county should emphasize boating interests ahead of commercial or entertainment elements.

“Dana Point Harbor is a recreational boat harbor first, and an entertainment and commercial area second. Renovation of boater amenities should be commensurate with the planned renovations of the shops and restaurants,” DPBA’s leadership said. “This should include upgrades to our boater service buildings.”

Another boater claimed the harbor’s docks are in disrepair or degraded with age and asked whether the berths will be renovated.

“The county has increased the marina operators’ maintenance budgets for next year by 23 percent so marina maintenance and improvements can continue at the current pace,” county officials said. “On Feb. 1, 2015, the county implemented a West Basin dock repair project that temporarily doubled the labor and resources available for deferred repair work. That work is now complete.”

With respect to boat and parking access in East Basin Cove during construction, county officials said only 4.9 percent of slips will be affected and the proper accommodations will be made to mitigate access for those boaters.

“To mitigate access issues for those 122 boaters the plan includes relocating most of the existing O Dock tenants to slips throughout the harbor and docks presently used for guest dockage,” harbor department staff said.

How the prohibition of transferring slips with boat sales was enforced in the context of wait lists was the subject of another submitted question.

“With the wait for larger slips lasting 10 to 14 years or longer and demand high, concerns have been raised by many waitlist boaters that slips have been transferred with boat sales in violation of boat slip license agreements or other prohibited arrangements,” a boater’s submission said.

The advocacy group urged for transparency, stating its position is for “all boat slip assignments must be based on a clear and transparent policy that ensures fair and equal access.”

County officials said the transfer of slips with boat sales is strictly prohibited and several methods are employed to ensure its policy is honored, such as requiring the tenant of record as the sole person allowed paying slip rent or be listed as the billing party.

“There is a rigorous scrutiny of vessels owned in partnerships and corporations by the marina staff,” harbor department officials said.

Other questions pertained to enforcing noise violations and fishing in the harbor.

“Boaters commented on occasional violations of noise ordinance, such as from parties and music from local businesses,” the DPBA told county officials in its submissions. “What enforcement measures are in place?”

“Music that is played at the Sailing Center for an event is kept within compliance with the county’s noise ordinance and is required to end by 10 p.m.,” county staff said.

A question was asked about fishing activities near the harbor entrance, particularly whether anglers in kayaks or on seawalls pose hazards to navigation.

“Fishing inside the harbor is permitted. However, anchoring in the middle of the channels is prohibited and can be a hazard to navigation,” harbor staff said. “Please notify the Harbor Patrol of any hazards and they will gladly respond and educate boaters/fisherman.”

To view the full list of questions, positions and responses of the latest round of boater submissions, visit danapointboaters.org.