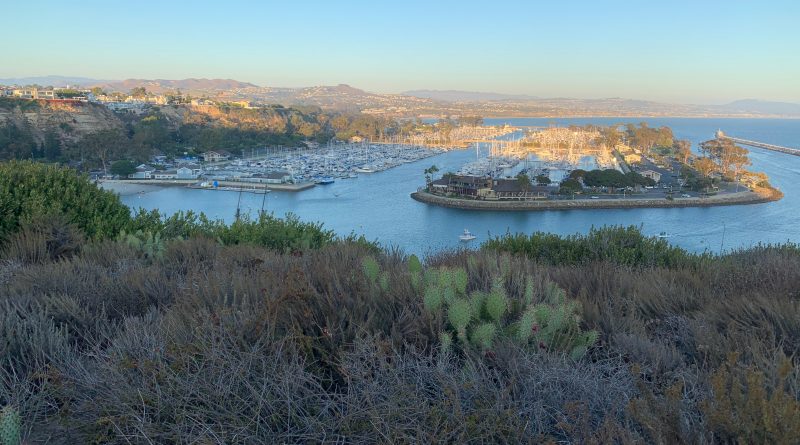 California Coastal Commission approves the latest proposal for revitalization, which could be the light at the end of the tunnel the project has desperately been awaiting.

DANA POINT—Good news hasn’t been the norm for most of 2020, but the dark cloud hanging over plans to revitalize Dana Point Harbor might finally have a silver lining. Yes, there is a light at the end of the tunnel, to use another cliché, as the California Coastal Commission approved a permit to replace and reconfigure Dana Point Harbor.

The permit likely means decades of waiting for Dana Point Harbor’s revitalization is about to end.

Dana Point Harbor Partners, which was selected by Orange County to oversee the coastal revitalization, is proposing to install new harbor infrastructure, with 2,254 boat slips (down from 2,409 currently) and replace 16 commercial fishing slips, 13 yacht club slips (up from 11) and replacement of 16 sportfishing charter slips.

Plans also call for the 1,644 existing parking spaces for boaters to be replaced with 1,410 designated stalls.

Commissioners, according to Coastal Commission staff, also required Dana Point Harbor Partners to “submit a detailed plan for a sailing program for youth from underserved communities, which will increase access and education for those who cannot afford to live near the coast or afford such recreational opportunities.”

Construction and development of the revitalized Dana Point Harbor is expected to take five years to complete, according to Coastal Commission staff.

The loss of small boat slips and tweaks to charter services at Dana Point Harbor were chief concerns among commissioners.

“The proposed development will reduce the number of slips available, which has the potential to adversely affect public access and recreational opportunities in the harbor, and increase on-water coverage, which casts shade on underwater resources,” Coastal Commission staff said in a report to commissioners. “The applicant indicates that the net reduction in slips is primarily a result of boater demand change since 1971, which has shifted from the use of smaller boats to larger boats, requiring longer and wider berthing spaces, as well as compliance with the Americans with Disabilities Act requirements.”

Coastal Commission staff continued the loss of slips is actually acceptable within Local Coastal Program policy, which would allow a revitalized Dana Point Harbor to have as many as 155 net loss of slips. The policy also requires the average slip length must not be greater than 32 feet.

The Coastal Commission required Dana Point Harbor Partners to submit a “Slip Transition and Implementation Plan,” which, according to a staff report to commissioners, “maintain a vacancy of five percent of dry boat storage spaces available for rent for small-sized boat owners.”

The five percent set-aside would be available to slip owners whose boats measure 30 feet and smaller.

Joe Ueberroth, CEO of Bellwether Finance Group, said Dana Point Harbor will remain a “small boat harbor” and “raise the bar for marinas of the future” once the revitalization is complete.

“This was once a contentious project,” Ueberroth said, adding his company reached out to the local boater’s association and area nonprofits to guide the revitalization’s visioning.

He specifically pointed out the revitalization is now a collaboration with Dana Point Boater’s Association, Dana Point Harbor Advisory Board, boat brokers, watercraft rental companies, the local shipyard, nonprofits and the Chamber of Commerce.

The revitalization’s Local Coastal Program, according to a presentation made by Ueberroth to Coastal Commission members, would maintain 2,254 recreational boat slips. The average slip size would be 32 feet.

James Lenthall said the Dana Point Harbor revitalization plan is equitable for boaters, alleviating some pressure off a wait list for larger boat slips will maintaining access to the harbor for smaller boats.

“This is the right project. We now have a development partner with the means to perform,” Lenthall said.

Orange County entered into a 66-year lease with Dana Point Harbor Partners in 2018. The county, which owns the land surrounding and tidelands on Dana Point Harbor, has been angling to revitalize the waterfront since 1997.

“The marina has exceeded the end of its intended life and poses safety and security problems for marina users,” Coastal Commission staff said in a report to commissioners. “The design of the Inner Basin docks is what is typically known as the ‘Huntington’ dock system and this type of dock construction historically has a serviceable lifespan of up to 30 years, with a maximum of approximately 38 years. The average age of the current dock facilities in the Inner Basin is just under 50 years.

“The docks and the pilings in the Inner Basin are deteriorating, require frequent maintenance, and pre-date the American with Disabilities Act of 1990,” the commission staff report continued.

Dana Point Harbor has a marina for recreational boating and several restaurants and shops on the waterfront. The harbor is also home to fishing charters, whale watching excursions and the Ocean Institute.