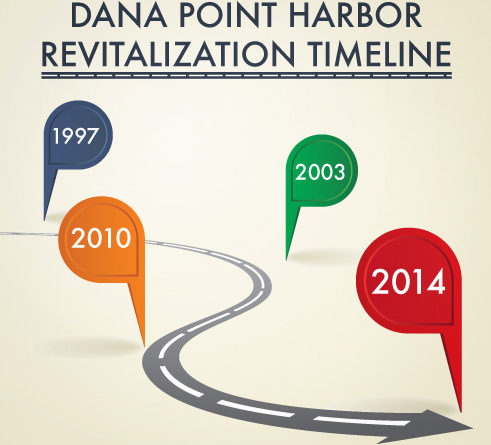 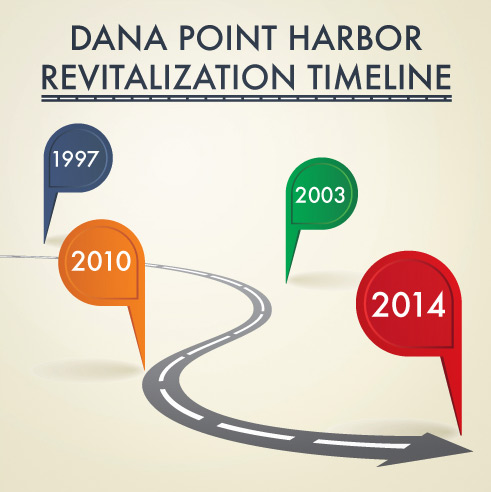 In 1997, the Orange County Board of Supervisors announced the creation of a 23-member task force to begin the process of revitalizing Dana Point Harbor. Along with the task force, the county released a concept plan to the public.

At the time, Bill Clinton was just beginning his second term as president, the Twin Towers of the World Trade Center were still standing in downtown Manhattan and the Los Angeles Lakers were still playing at the Forum in Inglewood, with Kobe Bryant completing his rookie season.

This week marks the start of 2015. Another Clinton could be running for president, a new tower has since been erected where the Twin Towers once stood, the Lakers have spent two decades playing at an arena in downtown Los Angeles and Bryant is on the verge of playing his final season of professional basketball.

Yet, no one has even broken ground on the Dana Point Harbor Revitalization Plan.

At a recent Board of Supervisors meeting, outgoing supervisor Pat Bates, who represented Dana Point on the county level, said she was hopeful for a groundbreaking at some point during her successor’s term. Interestingly enough, Bates’ successor is former Dana Point Mayor Lisa Bartlett.

It has almost been 18 years since the 23-member task force was created, a length that could grow to 22 years if ground is not broken on the revitalization plan before the end of Bartlett’s first term as supervisor.

Currently, the rehabilitation plan features a $150 million budget and proposes to renovate or replace 20 boating-themed and commercial buildings and adding 30,000 square feet of commercial, office, restaurant and retail space.

2003 – Board of Supervisors selects private firms to oversee developments of master plan, environmental impact report and design and construction concepts.