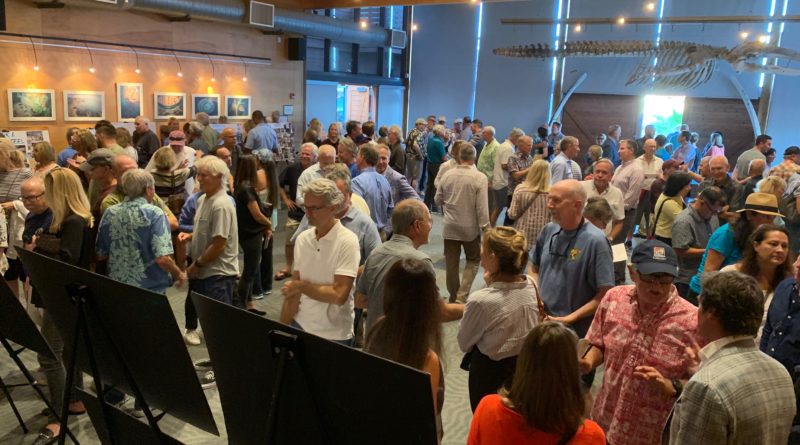 The development team behind planned revitalization discussed future plans with harbor users, local residents and others.

DANA POINT—The development team partnering with Orange County to revitalize Dana Point Harbor held a workshop and two open house events during the past month, hoping to connect with local boaters, residents and stakeholders about the soon-to-be redeveloped waterfront. Plans to revitalize Dana Point Harbor have been on the table since 1997 but much hasn’t been done in the 22 years since initial talks began.

An estimated crowd of 200 people attended a community workshop held in mid-August at Dana Point’s The Ocean Institute. There were more than a dozen stations in the conference room where the workshop was held, each one showing a different element of the revitalization. Some stations presented conceptual designs for the harbor and waterfront; others were set up to receive feedback from attendees.

There was also a short video presented, outlining the revitalization vision of Dana Point Harbor Partners (the development team selected by Orange County’s Board of Supervisors to execute the long-awaited waterfront/harbor redevelopment).

The mood at the community workshop was quite positive. Several people were hopeful about the revitalization and were optimistic the revitalization would finally happen after decades of waiting. This reporter overheard several people in the parking lot, all of who attended the mid-August workshop, expressing excitement over what could be if Dana Point Harbor Partners executes its plans.

Feedback from the workshop and both open house events will be presented at the next Dana Point Planning Commission meeting, which is on Sept. 23.

Information about what was presented at the three community engagement events and the findings of the Dana Point Planning Commission will be presented in one of The Log’s October issues.

Orange County and Dana Point Harbor Partners signed a 66-year deal worth $330 million in November 2018. The partnership was seen as a major flash point, as chatter about a possible revitalization of Dana Point Harbor has been ongoing since 1997.

The harbor revitalization could be completed by 2030, according to previous reporting in The Log.

The Log reached out to Burnham Ward Properties for insight on this story but has yet to hear back from its representative.