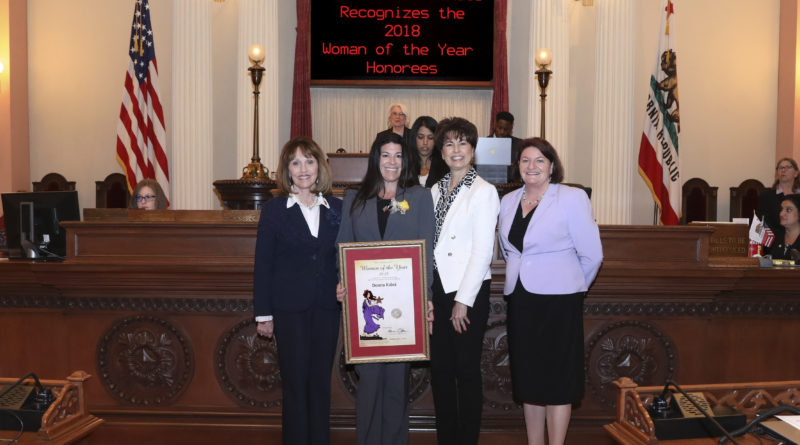 Kalez was honored with the award for her exemplary efforts in promoting environmentally responsible sportfishing and whale watching. Bates also cited Kalez’s efforts in making California a better place to live.

“Getting this award is really special. My family has worked so hard to make a business in Dana Point. Dana Wharf Sportfishing & Whale Watching began as the first business in 1971 and [we opened Oceanside Adventures] in 2015,” Kalez told The Log via email. “My father Don Hansen, our founder, has won just about every single award in the community you could think of — he truly has given back so much and he is who I have always looked up to.

“I am so honored to get the award and so happy to be recognized as a woman, business owner and leader,” Kalez continued.

Born and raised in San Clemente, Kalez and Dana Wharf have done much to promote passion and protection for the coastal communities near her home base. Kalez has hosted several free community activities such as Halloween Kids Boo Cruises, Santa Boat Rides and more, and she has shown support for many non-profit organizations that back veterans, military families, children, seniors and those with special needs.

The Woman of the Year award has been presented annually for more than 30 years and was first conceptualized to commemorate Women’s History Month.