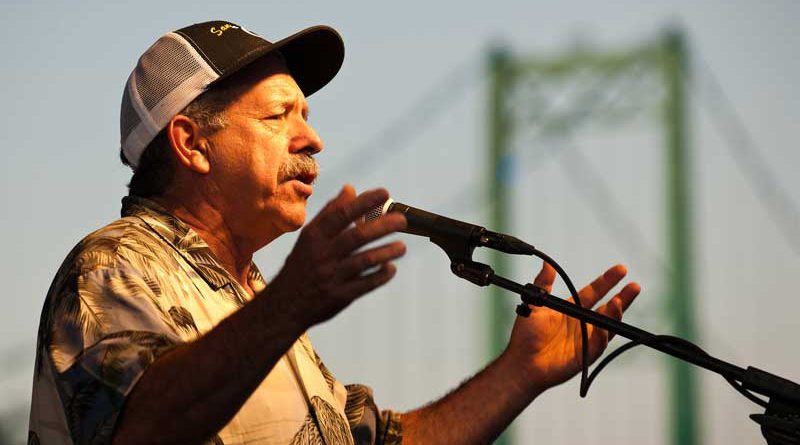 SAN PEDRO — The Port of Los Angeles announced one of its own, Vice President of Los Angeles Board of Port Commissioners David Arian, died on Jan. 2. Arian lost the battle with thyroid cancer nearly a month after his 72nd birthday. He was a longtime resident of San Pedro, having attended Cabrillo Elementary School, and was a major figure in the local harbor community.

In 1965, Arian started his first job at the Wilmington waterfront, at 18 years of age.  From there, Arian was a longtime dock worker at the Port of L.A. and a member of International Longshoreman & Warehouse Union, eventually being elected international president in 1991. Arian retired in 2009, but ascended to commissioner as part of the Board of Port Commissioners in 2010. During Arian’s tenure, the Port of L.A. broke all-time cargo volume records, which had been one of his primary focuses. He was also praised for his role in the labor movement.

In a release by Port of L.A., it stated: “Concern and support for the community, local workers and residents were woven into everything Arian did. A tireless community activist from the start, Arian and his family helped found the San Pedro Community Action Center in 1966. Over the years, he was also an active supporter of many local service organizations, including the Toberman Neighborhood Center, Harbor Interfaith Services and the San Pedro Boys & Girls Club, the latter where he played as a youth.”

Arian also founded the Harry Bridges Institute, which aimed to educate young workers about the labor movement’s history and community.

Jaime Lee, president of the Los Angeles Board of Harbor Commissioners, said “Dave brought incredible passion, perspective and authenticity to his commission work. He was greatly respected by his Board colleagues, Port staff and the entire Harbor community. His leadership is irreplaceable, and we are devastated by his loss.”

Arian was not afraid to speak his mind and this could be witnessed from his commentary on issues during commission meetings.

One thought on “David Arian, Vice President of Los Angeles Board of Port Commissioners, has died”