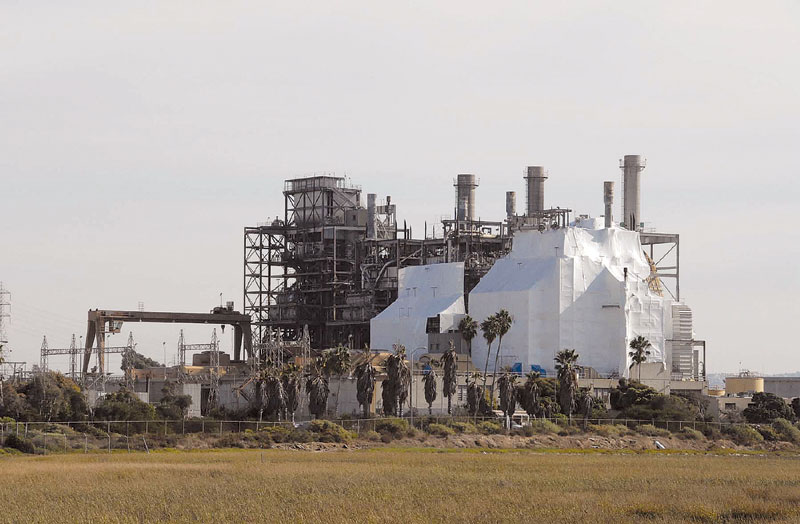 The issuance of the Coastal Development Permit at the Coastal Commission’s June 14 meeting in Huntington Beach paves the way for the city of Chula Vista to issue a demolition permit.

The commission’s approval allows for the above-ground structure of the power plan to be removed, and it includes special conditions that require the city to reduce potential impacts to nearby sensitive habitats and coastal waters.

“Over the past decade, there has been great work happening to support the vision of the Chula Vista Bayfront Master Plan — and the commissioners’ unanimous decision today helps us move closer to creating a world-class resort and residential destination on our portion of San Diego Bay,” said Chula Vista Mayor Cheryl Cox. “With the power plant gone, public access to the waterfront will eventually improve and environmental resources will be preserved around future development.”

Dynegy South Bay LLC — the company that operated the power plant prior to its shutdown in 2010 — is responsible for the removal of the plant and is planning to first remove any remaining hazardous materials and the remaining equipment from the grounds.

Remaining equipment includes piping, lights, controls, duct work and tanks — and Dynegy had already worked on removing the asbestos from the plant prior to the current demolition plans.

It is expected that the boiler structure would be demolished using implosion, due to its heavy steel framework. This would be conducted in phases, to reduce the area of disturbance. The project also includes removing warehouses, storage buildings, tanks and ancillary equipment.

The project is expected to generate about 21,000 tons of recyclable metals, including iron, steel, aluminum and copper. It may also generate up to 3,400 tons of other non-hazardous waste, such as wood or plastic, which will be recycled and salvaged when feasible.

“The issuance of this Coastal Development Permit is a significant first step in the demolition of the South Bay Power Plant,” said Ann Moore, vice chairwoman of the San Diego Board of Port Commissioners and the city of Chula Vista’s representative on the board. “We believe the removal of the power plant will have a positive effect on the community and will help to encourage development of the Chula Vista bayfront.”

The demolition activities are expected to take about 12 months, beginning in late 2012.

* San Diego Gas & Electric (SDG&E) was the first operator when the plant began generating power in 1960.

* In 1999, the Port of San Diego acquired the plant from SDG&E, with the purpose of facilitating its removal from the bayfront. Since then, the plant was operated by Duke Energy, LS Power and Dynegy South Bay LLC. The port currently has a lease with Dynegy South Bay Inc.

* In October 2010, Dynegy. received a letter from the California Independent Systems Operator terminating the plant’s “Must Run” status and clearing the way for decommissioning and associated remediation of the site.