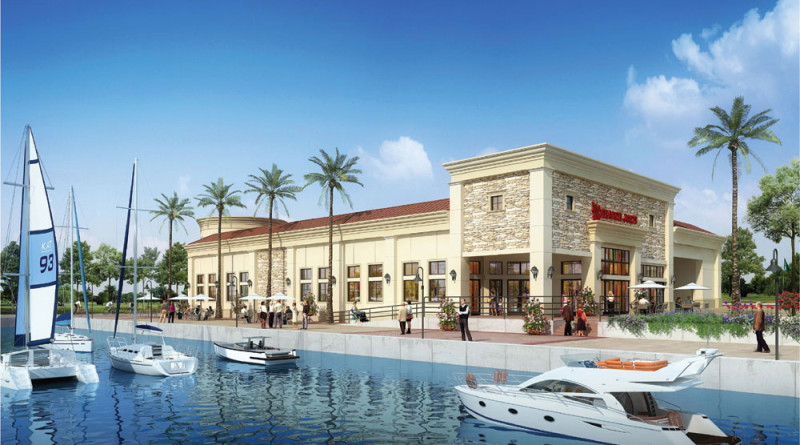 LOS ANGELES — A proposed project bringing a West Marine, Trader Joe’s and upgraded boat docks, among other improvements, was on the verge of being approved by the Los Angeles County Design Control Board on April 20. However the project’s backers will have to wait until later this month to find out what tweaks still need to be made before moving forward as the Design Control Board postponed it decision of the Parcel 44 proposal.

The Design Control Board wanted more time to consider whether designs of the proposed Trader Joe’s need to be tweaked. Board members were supportive of the remainder of the project proposal and were willing to approve the project with certain conditions. However the county committee ultimately decided to spend a little more time fleshing out design plans with the project architect and revisit the proposed Parcel 44 renovation at its May 18 meeting.

Whether plans move forward at the Design Control Board’s May meeting would hinge on all parties coming to an agreement on potential tweaks and overall vision of the project.
Michael Pashaie, one of the partners at the firm operating Fisherman’s Village, told board members a lot of time and thought went into the project’s design.

“This design is an evolution of the past 10 years,” Pashaie told Design Control Board members. “We tried to put uses that are very specific for this area, namely West Marine … which is going to cater to the boaters.”

There will be about 16 visitor-serving shops to complement West Marine and Trader Joe’s, according to Pashaie.

Pashaie said the current boat docks are dilapidated and in bad shape.

“They need to be changed,” Pashaie said. “They are in a position where they are actually not safe to operate. We are helping all the boaters who are there to relocate [and return after construction].”

An attorney who spoke to the Design Control Board on behalf of the project applicant said the impetus for including increased commercial uses at Parcel 44 was to stay consistent with Los Angeles County’s local coastal plan. Pashaie added the commercial element of the plans would help make the project more attractive and draw more people to the area.
Original plans called for removing all current buildings and trees and replacing them with eight new buildings, including boater restrooms, a yacht club, a Trader Joe’s, West Marine, restaurant and retail, and boat repair venue. Upgrades would be made to a waterfront promenade and bike path.

One of the buildings was made smaller to accommodate a view corridor. A building with dedicated boater restrooms was originally to be connected to the boat repair venue, according to original plans. The buildings are now proposed to be detached, county staff stated.

All eight buildings would occupy almost 83,000 square feet of space.
Most of the recommended changes focused on improving view corridors, maintaining consistent design, and upgrading public access to the water.

“We have tried to create an environment which provides great services to boaters and local residents while attracting visitors from surrounding communities. We have replaced all existing building functions catering to boaters’ needs and added a variety of functions which will enhance boaters’ and visitor’s experience,” project architect Jack Hollander told county staff in a letter. “In fact, we feel that we have created a “boater paradise” exemplified by the fact that a boater can buy a boat, buy parts from West Marine, repair their boats, buy food from Trader Joe’s or dine in beautiful surroundings at one of the proposed restaurants.”

Parcel 44, located at 4637 Admiralty Way, is currently home to marine commercial uses and almost 15,000 square feet of building space. An existing waterfront pedestrian promenade is not continuous; the current bicycle path, according to county staff, “winds through parking and stored-boat areas.”

Developers told the Design Control Board the Parcel 44 project could be presented in front of the California Coastal Commission in June.

The Design Control Board approved the project’s conceptual design in July 2013. Developers earned a Coastal Development Permit approval at the Regional Planning Commission in August 2015. Three months later the Los Angeles County Board of Supervisors denied an appeal of the permit approval.