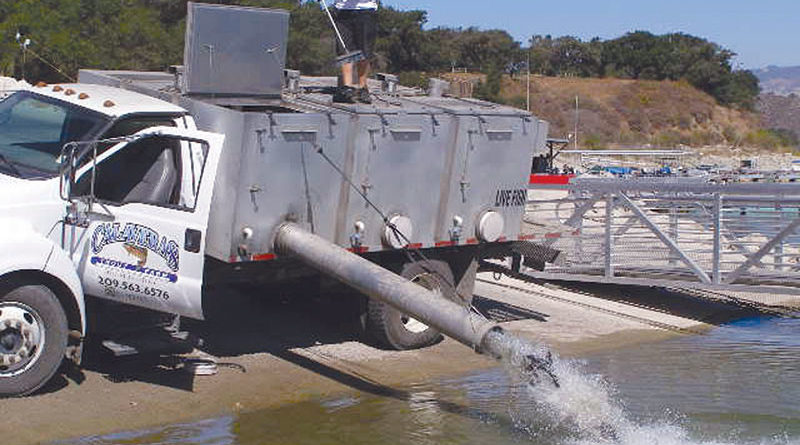 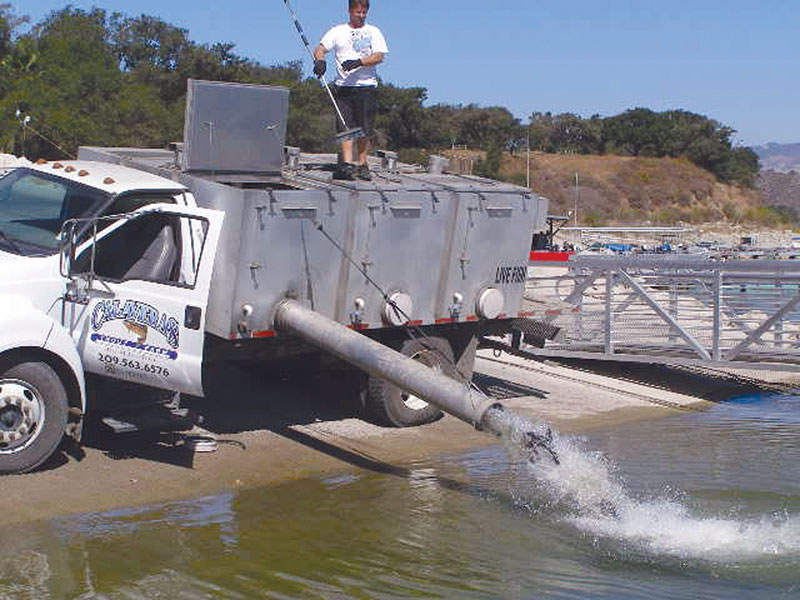 The permit plan under discussion would have required lakes and ponds across the state to undergo costly environmental analysis to determine whether stocking the body of water with hatchery-raised fish was harming any endangered plants and animals.

“This is a nonstarter,” said Commissioner Daniel Richards, in regard to the Department of Fish and Game’s fish-stocking permit proposal. “We don’t take any action on this, and if you bring it back, bring back something that looks a whole lot different than what we’re looking at.”

The current exemption for private hatcheries to stock certain species of fish in state waters will remain in place, quelling fears that private lakes would be forced to adhere to an expensive permitting process that could cost thousands of dollars to implement.

The action — or the decision to not act — was taken by the commission at its Dec. 15 meeting in San Diego at Hubbs-SeaWorld Research Institute’s Shedd Auditorium, where a large contingent of private lake owners, fish-stocking representatives, hatchery owners and aquaculture farmers were present and voiced their disapproval of the plans.

One of the main discrepancies between the Department of Fish and Game’s staff report and the public’s view of the proposal was the cost of the plan, with the state claiming fees would be around $149 for 94 percent of lakes and ponds in California, with only a few lakes requiring extensive testing that would run in the thousands of dollars to meet permitting requirements.

However, a report conducted by Sapphos Environmental, a resource management firm hired by the California Association of Recreational Fishing (CARF), studied four California lakes of varying sizes and found the average cost of meeting the permit requirement to be around $130,000.

“Applied to all 24,000 water bodies in the state of California, that’s more than $3 billion worth of survey work that would be required on a five-year basis,” said Sapphos representative Marie Campbell.

According to Marco Mlikotin, executive director of CARF, a petition that was circulated in opposition to the permit plan for private lakes and ponds received more than 1,000 signatures, and Department of Fish and Game staff members received 870 emails and 280 written letters opposing the permit plan. During a public comment period, around 30 individuals voiced opposition to the plan, with just one commenter supporting the department’s position.

“There are no environmental groups here to justify and defend these regulations,” Mlikotin said. “No members of the environmental community came here to testify in support of the proposal.”

Doug Elliott, owner of Santa Ana River Lakes and Corona Lake, where anglers pay a fee to fish the stocked lakes without buying a state fishing license, said the onerous permitting process could put an end to all privately stocked lakes.

“If these regulations are enacted, my lakes will close, and my 50 employees will be discharged,” Elliott said. “I personally stock $1 million of fish every year in the lakes, and that $1 million will not be going to hatcheries. They, too, will lose their jobs.”

Department of Fish and Game staff members brought the subject to the attention of the commission because the department’s own hatchery fish-stocking operation is currently the subject of litigation, regarding its affect on native animal and plant species.

According to the draft staff report, the Department of Fish and Game is under court order to submit an Environmental Impact Report on the effects planting hatchery-raised fish may have on California’s natural habitat.

Richard Rogers, acting president of the commission, directed Department of Fish and Game staff to not move forward with the current permit plan, and to only bring it back to the commission’s attention if a less stringent proposal can be created and the details of the DFG’s legal responsibilities are more clearly expressed.

“I don’t think we have a package here with which we are comfortable,” Rogers said. “I am categorically opposed to anything that would stand in the way of taking our children and educating them with an environmental perspective.”

One thought on “DFG Plan to Regulate Private Lakes Gets Rejected”