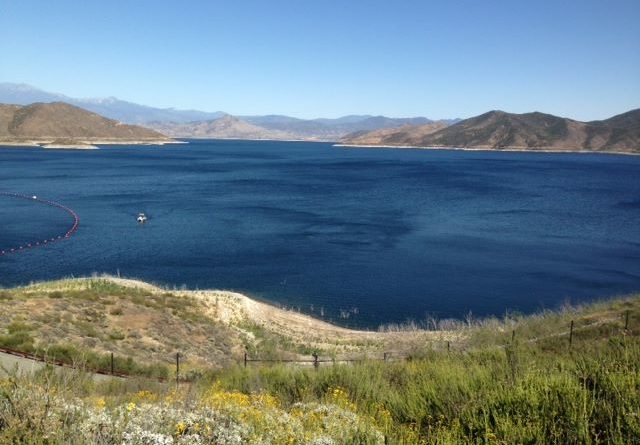 The Metropolitan Water District of Southern California officially re-opened Diamond Valley Lake (and its marina) on July 27 – about five weeks after the lake’s waters were infested with an algae bloom. Water district staff stated the harmful effects of the bloom had diminished enough to allow the lake and marina to be re-opened.

“Recreational activities, including boating, fishing and hiking, had been suspended at Diamond Valley Lake near Hemet in southwest Riverside County since June 21 after the cyanotoxins, produced by a bloom of cyanobacteria, were detected,” water district staff said in a released statement. “The blue-green algae bloom—one the largest ever experienced at the lake since it opened to the public for recreation in October 2003—produced large areas of green water and mats of green scum floating on the lake.

“Blue-green algae blooms are common this time of year because of the warm weather,” the water district statement continued. “During the current episode, the bloom released cyanotoxins, which in high concentrations can be harmful to humans and animals, especially when ingested.

While the lake and marina are officially re-opened everyone is warned to avoid remaining algae or green material in the lake or on the shore.

“Visitors also are instructed not to let their service animals drink lake water or swim in the lake,” water district staff stated. “Any fish caught at the lake should be cleaned with tap or bottled water before cooking, and the guts of fish thrown away. Metropolitan water quality experts, however, assured the public that the quality of the district’s treated drinking water has not been affected.