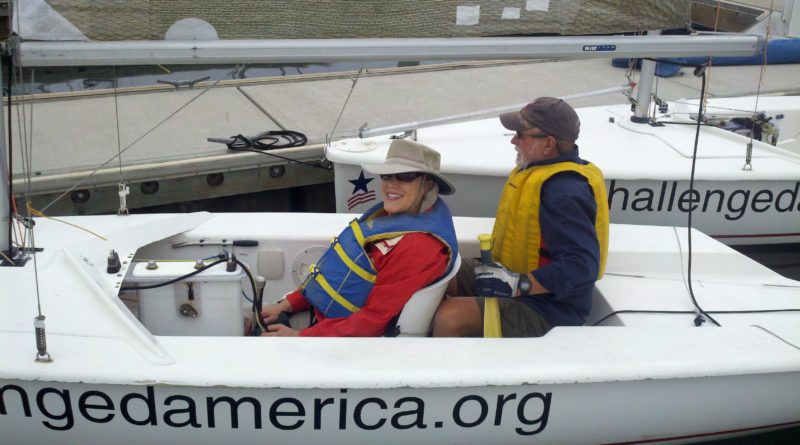 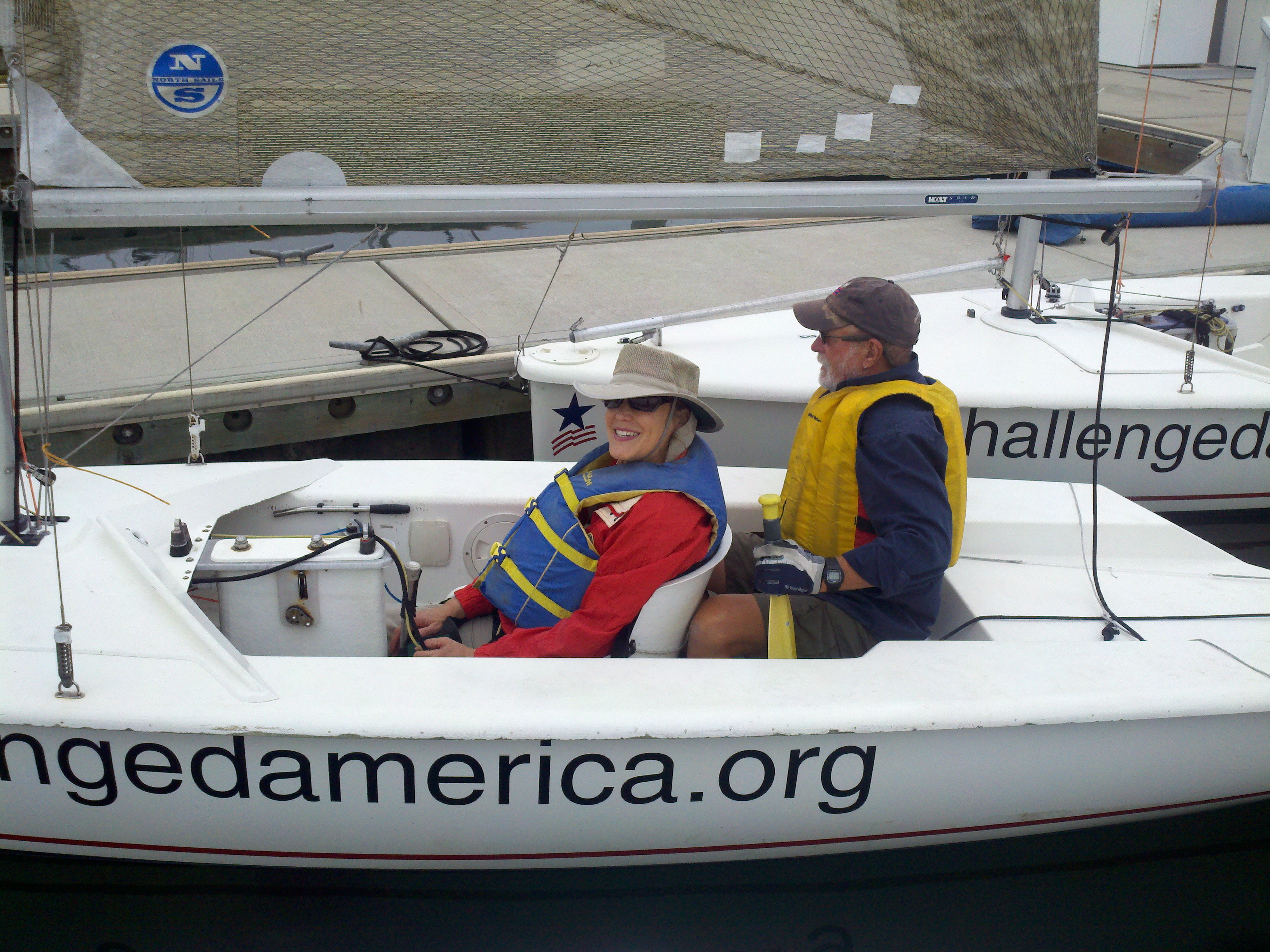 SAN DIEGO — Paralyzed from the underarms down since she was 15, La Jolla local Amelia Opean has often considered swimming to be the perfect sport for her. In the water, she’s light. Her upper body no longer has to work with crutches to support her weight — and she’s free.

However, this year she has found her second love on the water, in the form of sailing. With help from San Diego’s Challenged America, Opean can jibe and tack from a seated position.

“I had been a passenger on boats before, but with Challenged America, they teach you to sail,” Opean said. “You have to pick it up and do everything for yourself.”

For five years, several friends had been telling Opean to try out the program from Challenged America, a nonprofit organization dedicated to introducing sailing as a therapeutic and rehabilitative activity to individuals with disabilities. “I was always either working or doing what I’d rather do — swimming,” she said.

Early this year, Opean’s day-to-day life was put on hold when she was diagnosed with breast cancer.

“I wanted to get out and do something less challenging than swimming, since I was about to go on chemo. So, I decided to try (sailing),” she said.

In late May, four months before undergoing a mastectomy, Opean headed for Challenged America’s docks at Sunroad Resort Marina.

There, Opean met with an experienced sailor, who, with the help of other volunteers, secured her to a small sailing craft, custom-rigged for controlling from the ergonomic cushioned cockpit chair. Although it is small, the vessel’s hull is weighted, creating stability that assured that Opean wouldn’t rock too much.

The expert sailor, who sat in a jump seat directly behind her, showed Opean how she could steer the vessel and maneuver its sails — all from her seat. Once she had the controls down, the volunteer’s supervision was “very hands-off,” Opean said.             “I was very unsure of what I was doing, but I was never scared. Being an ocean swimmer and kayaker made me less fearful,” she said.

After her first visit to Challenged America, she was hooked. Knowing she wouldn’t be able to enjoy the activity soon after her surgery in October, Opean would come back whenever she could, sailing from noon to 3 p.m. on any given day. “If I couldn’t make it, it was only because my recovery wouldn’t let me,” she explained.

“They have things to meet just about any disabled needs,” she said. “If you can only use your arms minimally, they can attach a joystick. Another (system) can control the main and rudder with just a sip and stick (mouthpiece).”

Opean, who has recently undergone a second post-surgery procedure for her mastectomy, now sails via joystick.

For many, the chance to get out on the water is a fun opportunity. But for those in Opean’s shoes, it’s therapeutic. “There’s something about the ocean air: It’s invigorating,” she said.

Opean explained that for most physical activities she attempts, premeditation is essential. If she wants to go swimming, she’ll have to notify her support team, a group of people that assist and oversee Opean, in advance and plan her schedule along with theirs.

However, with Challenged America, she simply gives them a call and heads down to the water — and they’re there, she said.
“It automatically lifts your spirits when you can do something and really be good at it,” Opean said. It doesn’t happen much in other aspects of life.”