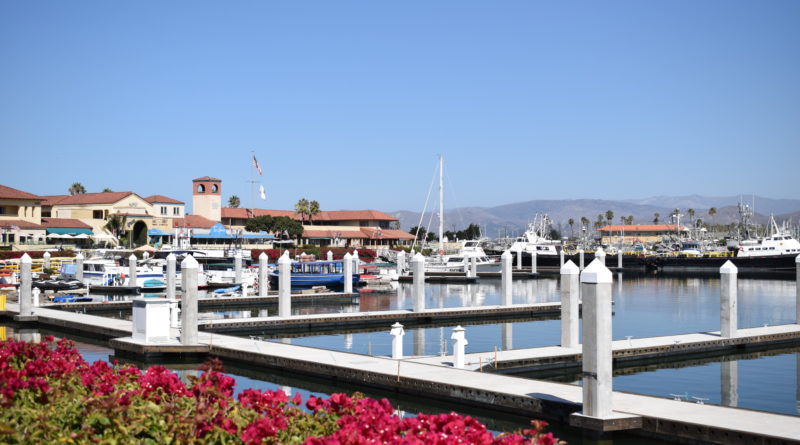 The multi-million dollar upgrade of the docks allows the harbor to expand its commercial fishing operations.

VENTURA—A multi-million dollar upgrade to the docks at Ventura Harbor Village is wrapping up. Port District staff said it should be complete by the middle of the second week of October. The project began in May and renovations totaled around $4.6 million. Ventura Port District General Manager Brian Pendleton said the renovations were geared towards commercial fishing vessels.

“Making sure we have state of the art slips,” Pendleton said.

Port staff said the harbor is one of the largest commercial fishing ports on the West Coast. The project replaced what the Port District called “environmentally unfriendly” foam dock floats with cement docks at D, G and H, upgraded electrical pedestals and increased the availability of larger slips. The marina reduced the number of slips from 130 to 106. Marina Manager Dave Werneburg said they replaced a lot of the smaller slips with larger ones to accommodate the growing size of the seiner fishing boats.

Werneburg added the marina is 100 percent occupied; most of the fishing boats, however, are home ported in Oregon, Alaska and Washington. He said they maintain slips here for the squid season.

“Nobody else has a marina that can handle 50 or 60 seiners plus lifeboats at one time,” Werneburg said. “They may have that many boats but spread around five or six different marinas.”

In 2017, a total of some 27 tons of fish was offloaded at the Ventura Harbor Village Fish Pier with the majority being California market squid, according to the Port District. The value of the activity was $31 million. One seafood company with slips in the marina, Silver Bay, recently purchased the Ventura Harbor Boatyard. Werneburg said commercial fishing has a major impact on their economy.

“It brings a lot of activity to the harbor and it also brings dredging money to keep the harbor open,” Werneburg said.

With the renovations nearly complete, the marina is now nearly all commercial, with only a few slips belonging to businesses, such as Island Packers. The marina does offer complimentary guest docks for two hours for those looking to enjoy the shopping, dining and entertainment at the Harbor Village. Recreational boaters can also rent out slips for a daily rate depending on availability.

This project comes on the heels of recent improvements at the Fish Pier, which according to port district staff is an “essential offloading facility for large and small commercial fishermen.” Ventura Port District spent $500,000 on resurfacing the Fish Pier and other improvements.

Pendleton said they are planning to add a second crane to the pier for offloading fish. The crane has been ordered and will be installed in the first quarter of 2020. Port staff said it is a custom marine grade crane that will supplement the existing crane in anticipation of the Ventura Shellfish Enterprise Project, which is going through the permitting process to create twenty 100-acre plots for growing Mediterranean mussels within the Santa Barbara Channel.

The marina is surrounded by Ventura Harbor Village, which is getting its own makeover. Pendleton said a repainting project is getting underway and will take about six to eight months to complete.

Nearby, construction is also underway at Portside Ventura Harbor; the new project will include apartments, townhomes, a 104-slip recreational marina, dog park and public park.