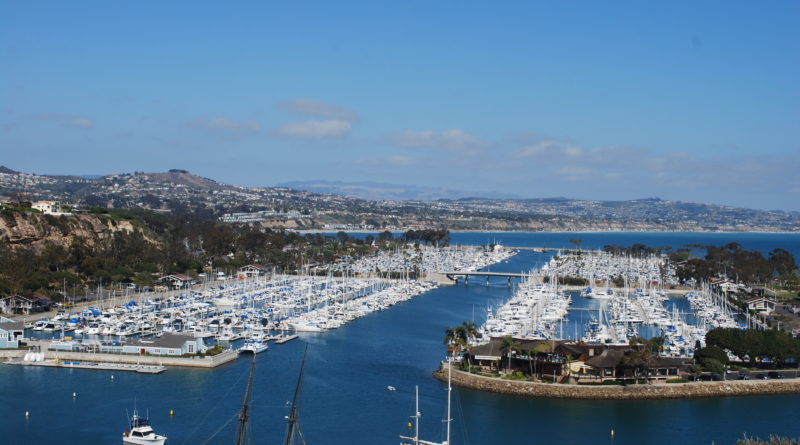 DANA POINT—The Log was present on the day when the County of Orange and newly formed Dana Point Harbor Partners (DPHP) signed the lease on Nov. 2, 2018. After 20 years of trying to bring Dana Point’s residents a revitalized harbor, Supervisor Lisa Bartlett and her colleagues signed off on a 66-year lease for private developers to fund the project. It certainly was not the first move of this kind in history, it will not be the last, but in some respects, it was the only way to continue to get this revitalization – one that has been 20 years in the making and at least another decade until it’s finished – off the ground.

In many ways, the transition continues to be a little sticky. Of all the stories this publication has printed, Dana Point Harbor is by far one with the most tips and alerts. The developers and the county are under the microscope of scrupulous skeptics who wonder if the project even has a chance, though at the time of the signing, there was a kind of nervous relief – a hope this next undertaking would be different, that it would be successful and the harbor each of the loyal residents and boaters who held slips in the marina deserved.

So where are things now? As this reporter signs off for The Log, here’s where this investigation has gotten so far. As always, The Log will continue to report on these matters in the future, aiming to provide fact-based, neutral and unbiased interpretations of what is happening at Dana Point Harbor.

The Log contacted Orange County officials to gain access to public records to learn how much money has been spent on bringing the harbor revitalization to fruition. This reporter sent the letter to the County at the end of April and the search for documents concluded on June 25. When the request ended, the documents received may or may not be everything recorded about Dana Point Harbor’s financials. From what was released, The Log has access to some records from the years 2010 all the way up until DPHP’s inception dated roughly to January 2019.

Some of the documents have redactions, some do not. The county appears to have changed the way documents are recorded. For instance, it’s possible some of the documents providing further detail about how public funds were spent could appear in a different document or one that The Log does not have access to as of now. In earlier years, project management teams may or may not have been required to detail what they accomplished in such a specific manner.

There are many documents from previous years still in need of careful calculation and research, as to fully determine how the funds were spent.

According to documents released, Keyser Marston Associates, Inc. (KMA), described on its official website as a “boutique real estate advisory firm with offices in Berkeley, Los Angeles, and San Diego,” began to work with the county on the revitalization efforts. KMA specializes in structuring real estate deals, selecting developers, and negotiating transactions in public/private sector deals.

The first invoice received for work done by KMA was during the period of June 30, 2016 until July 31, 2016, and the first payment was for $1,687.50 paid on Aug. 22, 2016. Some information was redacted on the invoice, adding up to approximately $14,846. Some of the documents detail the challenges of selecting “the best of class” partnership to carry out the revitalization.

The budget for this deal amounted to $99,000 and then closer to negotiations on the lease, it was increased to $105,000. Overall, leading up to Jan. 24, KMA sent invoices nearing the amount of $105,000 over their course of work with an extension of their contract. The Log had access to see how $90,121 of the budget was spent with redactions on the remaining budget of $105,000.

KMA did provide logs of how its time and money was spent searching for the appropriate way to handle the revitalization efforts and secure developers, showing the selection process was not one that happened overnight.  The first mention of DPHP is made during the period of Sept. 1, 2017 to Sept. 30, 2017; after this period, it seems negation efforts intensified leading up to the lease signing. In the two years leading up to the lease signing, KMA worked with the county to decide which developers could best carry out the vision, spent funds preparing for interviews and interviewing developers and also negotiated terms of the lease.

DPHP Takes Over The Marina

DPHP are now the full-time managers of The Marina. Some boaters continue to grapple with the new ownership and an unnamed source close to the matter wonders if DPHP will even be able to raise enough money to complete the project. Some other rumors out there (ones that have not been confirmed or denied yet) are Bartlett hopes to have a helipad at the harbor.

After a Dana Point Harbor Advisory Board meeting on July 22, The Log reached out to Ralph Grippo, principal of Bellwether Financial and the main contact on behalf of DPHP’s marina revitalization side. DPHP is divided into three main components, commercial, hotel and marina, and respective developers operate those areas.

“Although both Bryon Ward and Joe Ueberroth were on the agenda for an update on the revitalization, there are no real updates to share, so their portion was limited. This portion of the process takes time, so few updates to share for the time being…However, should we have updates on the project or other initiatives to share, I will let you know,” stated Grippo.

The latest complaints were that a newsletter was issued stating that boaters could not have a “for sale” sign on their boats unless they went through one of five brokers. One unnamed source close to the matter stated that he felt it was a violation of his First Amendment rights to display his property for sale. Other boaters voiced that they felt the new marina ownership was trying to push out those who had called Dana Point Harbor their home docks for years.

When will construction finally begin and how will Dana Point change when this happens? When will plans be finalized? What kind of boating experience will be opened up to boaters as The Marina’s infrastructure and amenities are developed? This process of reviewing additional documents and learning more about the new management will continue to be covered by The Log as details are revealed.