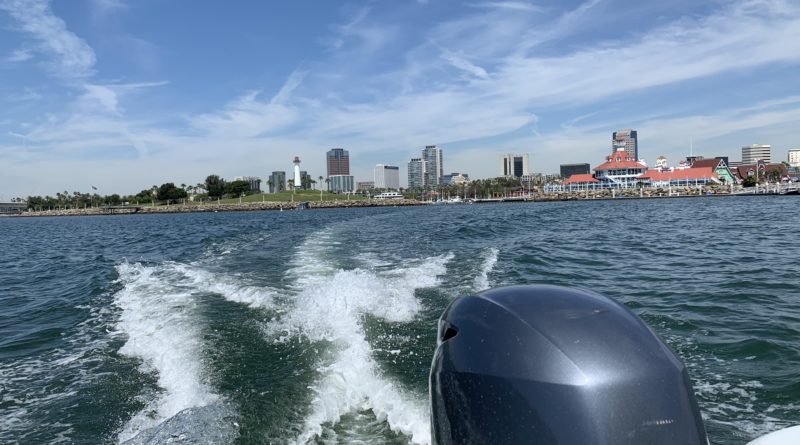 LONG BEACH—Sea level rise is already happening off the coast of the Southern California coast and the threat of inland flooding due to King Tides and storm surges is real, according to a draft release of Long Beach’s Clean Air and Adaptation Plan, or CAAP. The draft proposal aims to act as a planning document to help Long Beach minimize the potential effects of predicted climate change events.

CAAP provided a broad overview of what could happen throughout the rest of the century and potential solutions to climate change’s worst events.

One of the biggest goals of CAAP is to reduce greenhouse gas emissions and adjust certain human behaviors to minimize the effects of climate change.

Sea level rise and King Tides were among the many potential effects discussed in the CAAP.

“Sea level rise is already occurring off of Long Beach, and is projected to accelerate over the coming decades. Analysis of historic sea levels at the nearest NOAA tide gauge in Los Angeles indicates a long-term trend of sea levels rising at approximately 0.96 [millimeters] per year from 1923 to 2016,” the CAAP section on sea level rise stated.

Long Beach officials should rely upon worst-case scenario predictions for mid- and end-of-century predictions of sea level rise, according to the most recent edition of the CAAP. News reports indicated the CAAP document would ultimately be used to guide city staff in relocating infrastructure and strengthening seawalls as a response to predicted sea level rise.

“Best practices in climate change adaptation planning, as recommended by the State of California Sea Level Rise Guidance … are to use worst-case projections for midcentury and to use a range of mid to worst case projections for end-of-century, because uncertainty increases further in the future,” city staff stated in the CAAP draft.

“Sea levels in Southern California are expected to rise between 5.0 inches and 23.9 inches by mid-century (2050) and between 17.4 inches and 65.6 inches by end-of-century (2100). The CAAP’s sea level rise vulnerability assessment matched these ranges to available sea level rise inundation model data from the Coastal Storm Modeling System (CoSMoS) to understand what portions of the city are expected to be at risk, and when. The city used inundation scenarios of 11-inch [sea level rise] for 2030, 24 inches for midcentury and both 37 and 66 inches for end-of-century,” the draft continued.

Higher tides and more intense flooding will be one of the results of sea level rise – directly affecting Long Beach’s coastline, harbor, marinas and residents.

“The projected increases in mean sea level will also result in secondary impacts – higher storm tides, more extensive inland flooding, and increased coastal erosion during storm events. Evidence of these impacts is already being felt in Long Beach,” city staff stated in the CAAP. “For the low lying coastal communities of Long Beach, permanent inundation from sea level rise, as well as increased risk of temporary flooding from king tides and storm surges, will become a very real threat in the near future. “Approximately 1.3 million square feet of buildings in Long Beach could be exposed to annual king tides by 2030,” city staff continued in the CAAP document. “Approximately half of these buildings are residential (624,100 square feet) and half are commercial (689,600 square feet). These buildings are primarily located in Marina Pacifica and along Shoreline Drive south of Ocean Boulevard.”

City staff added the reduction of greenhouse gas emissions in the name of addressing the effects of climate change is an economic driver, contrary to anecdotal commentary.

The Log will track the progress of the CAAP review and provide updates as they are presented. A recent study by the Center for Climate Integrity found sea level rise could cost Long Beach $246 million, primarily on seawall infrastructure, over the next 20 years, according to news reports. The Log will report on this study in our next issue.