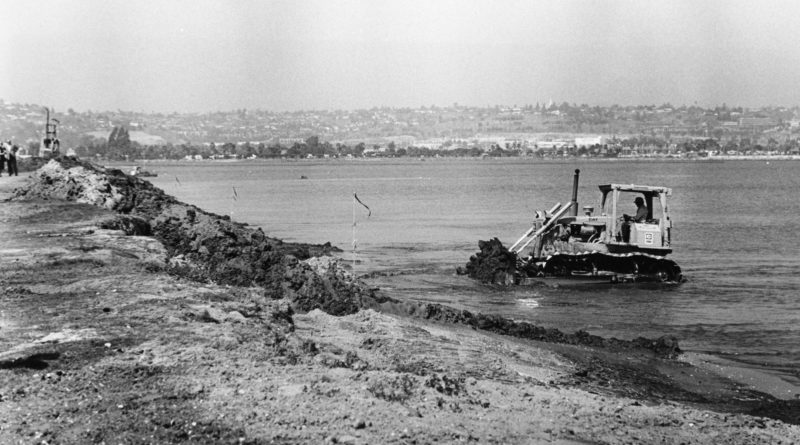 SAN DIEGO—Most installments of this department allow us to marvel at how much things have changed over the years. However, this photo of the dredging process in Mission Bay circa 1941 will likely amaze readers by how similar dredging practices are today.

The description of the photo on the city of San Diego’s official website states: “Mission Bay Park was originally a tidal marsh that was named ‘False Bay’ by Juan Rodriguez Cabrillo in 1542. It was developed into a recreational water park during the 1940s, 1950s, and 1960s.”

For those wondering about modern dredging practices, there are multiple sources on YouTube that have filmed it. One example, uploaded by KPBS, takes place in Oceanside. Take a look for yourself by following the link: youtube.com/watch?v=8MEDDSNBZlg. Mission Bay, on the other hand, is a major travel destination these days, known for SeaWorld, Mission Beach, Belmont Park and much more!

Photo courtesy of Office of the City Clerk, Archives and Records Management Division