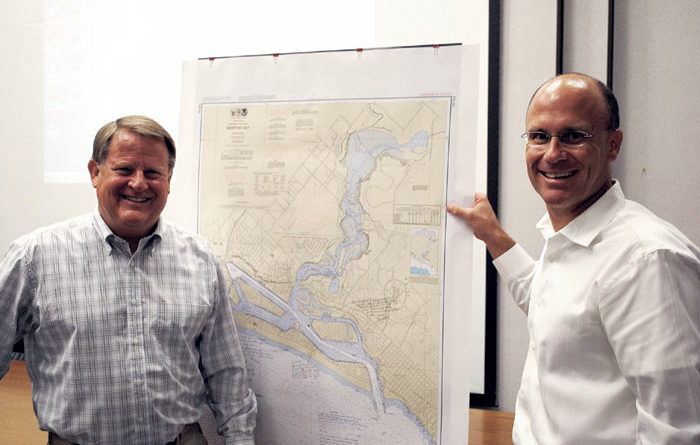 NEWPORT BEACH — The City Council member serving as Newport Beach’s mayor in 2014 and 2018 went on to lose his council seat in that year’s general election. Marshall “Duffy” Duffield was the headlining story in both instances – defeating then-Mayor Rush Hill in 2014 before coming full circle and losing to City Council candidate Tim Stoaks in 2018, coincidently as Newport Beach’s mayor.

Duffy, as he is commonly called, was part of an interesting sweep in 2014. He and a slate of three others swept the 2014 City Council race, promising to shake things up on the dais. In late 2017 he was elevated to Newport Beach’s top council position, three years after he unseated the sitting mayor. Duffield’s fortune appears to have soured one year later, as it’s now his turn to be elected off the City Council despite his role as sitting mayor on Election Day.

Stoaks defeated Duffield in what was clearly the closest of four City Council races in Newport Beach. Only 310 votes separated Stoaks from Duffield, with all precincts reporting. The final vote was 14,017 (Stoaks) to 13,707 (Duffy). Stoaks stated his top priority on the dais would be to reduce noise and pollution.

Southern California’s boating community was certainly influenced by Duffield. The now outgoing Newport Beach City Council member invented the Duffy boat. Duffy boats, which are 100 percent electric, are regularly found in Newport Beach’s harbor. His mayoral term, which is on the verge of ending, included a few harbor-themed initiatives. One of the most recent policies adopted by the City Council was a harbor speed limit exemption for boats participating in regattas. The city also revamped its management of the harbor and green-lit an on-the-water trash-collecting concept for the bay area on Duffy’s mayoral watch.

Duffield had served on Newport Beach’s Harbor Commission before being elected to the City Council in 2014. The outgoing mayor would be eligible to run for a City Council seat again in 2022, when his 3rd Council District seat is up again for reelection; Newport Beach’s City Council members can serve up to 8 years – two four-year terms – on the dais. The terms do not have to be consecutively served.

The Nov. 6 election also saw another council member lose his seat: Joy Brenner defeated incumbent Scott Peotter in Newport Beach’s 6th Council District election. The final vote was 15,618 to 8,751 in favor of Brenner. Peotter was embroiled by a recall effort in 2017; the recall effort failed, however.

The Newport City Council will meet two more times this year: Nov. 27 and Dec. 11. Stoaks and Brenner will join Dixon and Muldoon in being installed by or before the last meeting. A new mayor will also be selected once the quartet of council members is installed.