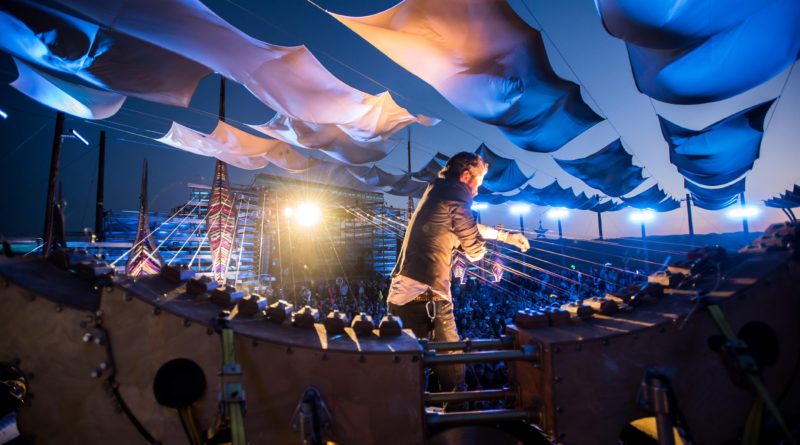 Inspired by the sounds of sailing, William Close has combined his two passions (sailing and music) by creating one of the world’s largest instruments. Close’s creation, the Earth Harp, resembles a sailboat with the strings like the rigging of a boat.

Close will be installing the Earth Harp himself over three days with strings traveling more than 800 feet up and over a skyscraper. He will be performing as part of the Grand Performances’ outdoor summer concert series at California Plaza in Los Angeles. The musical performance of the Earth Harp (including a 10-person team with drums, violins, guitars and vocalists) takes place June 2 and 3.

“My experiences in sailing have in so many ways inspired my life as an artist,” Close told The Log.

He goes on to describe how the elements of the wind and water as well as the sounds of the waves and rigging are musical to him.

“Sailing for me represents a perfect combination [of sounds] offering a beautiful chorus of music,” Close articulates.

Originally from the East Coast, Close resides in Malibu and keeps his 40-foot trimaran in Marina del Rey. His boat is named Castral, as she is like a bird in flight when sailing with the wind.

Close grew up sailing with his grandfather aboard Absinthe, a classic Concordia. The sounds of the waves hitting the wooden hull left a lasting impression on him.