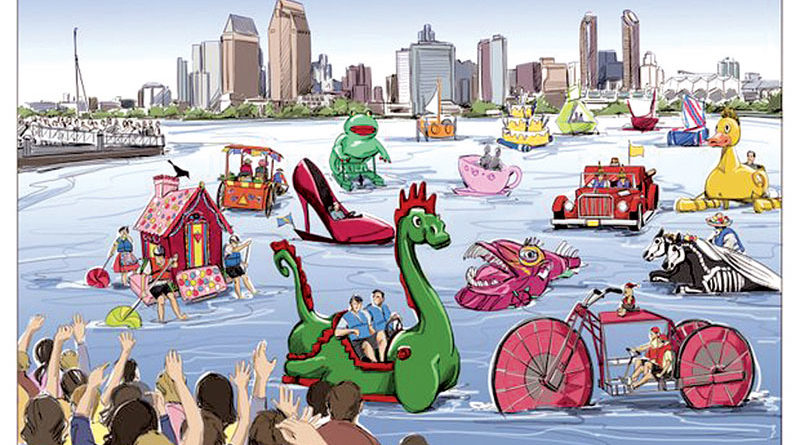 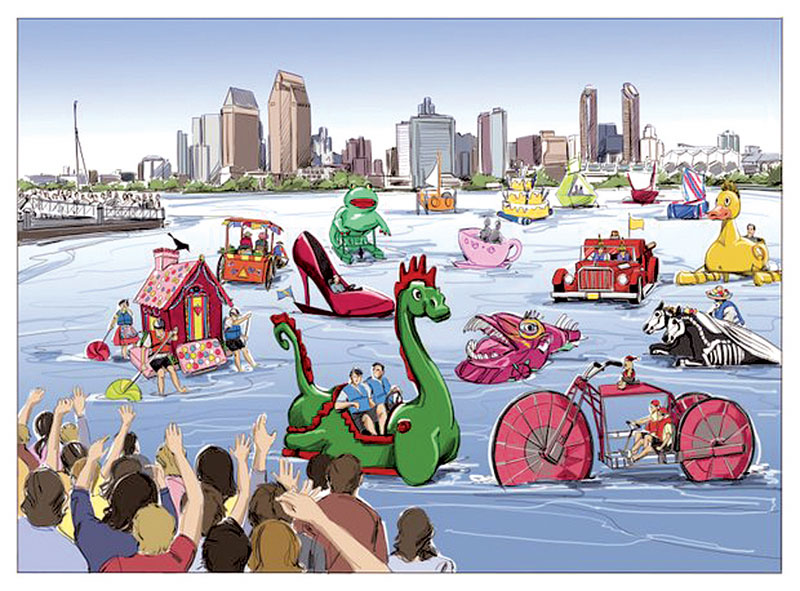 SAN DIEGO — New York-based event planner and Public Works Inc. president Lewis Siris has big plans for San Diego Bay, and the San Diego Board of Port Commissioners would like to see what those plans look like.

Following a presentation at their Dec. 13 meeting, commissioners voted to give Siris and his firm the nod to move forward with a “Water Activation Plan” and allotted a $300,000 budget for the proposed events and activities.

“This plan is a way to connect the bay to the cities — and the cities to the bay,” Siris said.

Siris said he hopes the proposed activities stimulate a year-round use of public spaces and create a feeling for both locals and visitors that there is always something going on around San Diego Bay. The plan is to surround the bay’s already proven larger annual events — such as the Big Bay Boom fireworks show, the Festival of Sail, the Parade of Lights and the Holiday Bowl Balloon Parade — with smaller, more frequent events.

“While it is advantageous to create, support and attract these larger events, we also feel (and hear from stakeholders) it is necessary to create other events that are scalable, strategically designed and sustainable throughout member cities, and throughout the calendar year,” the report stated.

As construction is poised to begin on the first phase of the North Embarcadero Visionary Plan, stakeholders and port commissioners have raised concerns about whether or not there are enough scheduled activities planned around the waterfront to get visitors and locals to venture down to the city’s so-called “front porch.”

Officials are hoping a steady stream of smaller events to complement the area’s large staple events will bring more consistent foot traffic to the area, and mitigate the expected losses in visitors coming by way of cruise ship.

Siris, whose company has produced the New York City Marathon, the Greenwich Halloween Parade and the 2009 Santa Monica Centennial Pier Celebration, has allotted a range of activities over the next few years to see what works in the area, and what will be shelved.

“In addition to the great sailing events that the bay has, I think it’s time that we utilize the bay as a stage,” Siris said, adding that a Brazilian-inspired Carnival festival could be in the company’s future plans, as well.

“We want to bring these events to your cities, and get people down to the tidelands, get some liveliness, get some activity,” Siris said.

“I don’t think that every one of these events is going to be successful, but the idea is to try it and see,” Commissioner Lee Burdick said during the meeting. “You can’t anticipate in advance what will work and what won’t, and I like the idea that we will replicate those that are successful.”

The scheduled events marked in the activation plan for 2012 and beyond will start March 24 with Big Bay Boot Camp – a bay-wide fitness festival with classes taking place in all five Port of San Diego member cities throughout the day.

National Maritime Day will be celebrated May 22 with lunchtime parties and performances taking place in appreciation of the businesses and working men and women of the waterfront.

A Night Market is planned June 20, intended to create a bazaar-like experience and a performance festival.

In July, a pilot program is scheduled for the Broadway Pier and Port Pavilion, where concerts, performances, films or workshops will take place every Tuesday.

A live dance party is planned for Wednesdays in August, with big bands, a giant dance floor, free dance instruction and more, coming to all five cities.

In September, San Diego will welcome Cyclovia — called a significant traffic–free event in each member city, along waterfront roadways, bike lanes and pedestrian pathways. Cyclovia was developed in Bogota, and it is now an international movement to create urban human-powered and traffic-free events.

The Floating Market is planned for Spring 2013. Farmers, fishermen and flower vendors will selling their wares to boaters and pedestrians alike, by boat and barge.

The all-night market is tentatively scheduled for early 2014, and would be loosely based on the Nuit Blanche events that began in Europe.