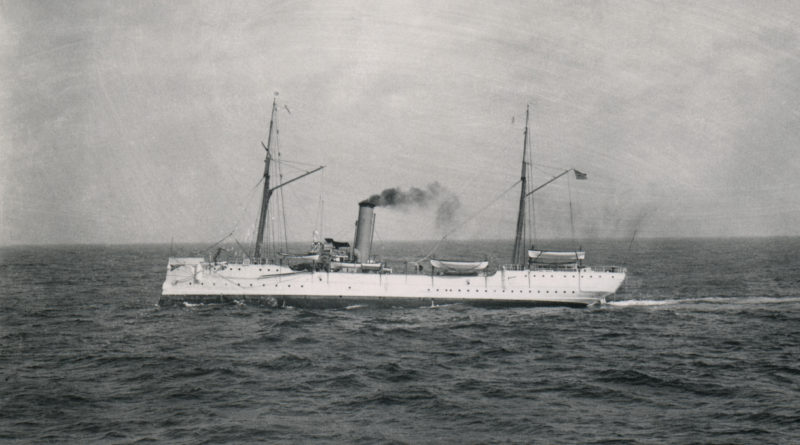 Southern California’s notorious June Gloom regularly brings low-lying cloud cover to the Los Angeles basin and San Diego metro. The same coastal fog appears to be responsible for one shipwreck at the upper reaches of the Southern California region.

June 13 marked the 100-year anniversary of the shipwreck of McCullough, a Coast Guard cutter. Commodore George Dewey commanded the ship, commissioned in 1897, in the 1898 Battle of Manila Bay (Spanish-American War).

McCullough was off the Southern California coast about 19 years later when, due to dense fog in the area, she collided with a passenger steamship at Pt. Conception, just northwest of Santa Barbara. (She was based in San Francisco and patrolled the California coast after her service in the Spanish-American War.)

The Coast Guard commissioned McCullough to patrol the Bering Sea and enforce fur seal regulations in Alaska. She was the largest cutter built at the time of her construction. The steam engine and sail-rigged masts allowed McCullough to travel at a cruising speed of 17 knots. McCullough, which cost about $200,000 to build, was also equipped with four rapid firing guns and one 15-inch torpedo tube.

A NOAA-Coast Guard research mission confirmed the remains of McCullough off the Southern California coast in October 2016.