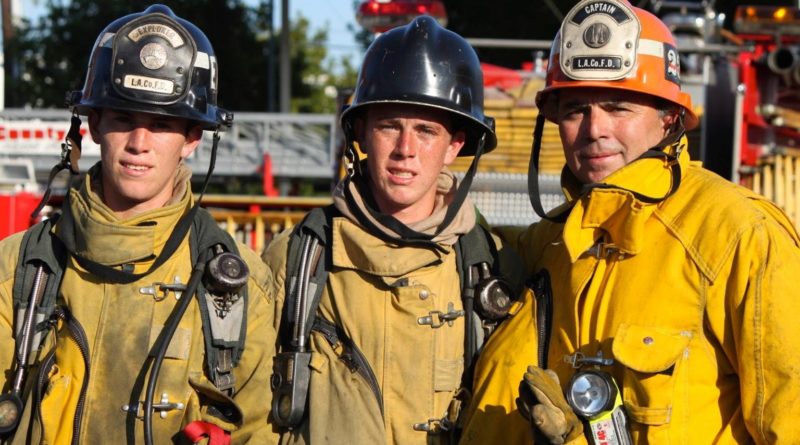 Kevin Woyjeck, a local angler and firefighter, is pictured here on the left with his brother, Bobby and father, Joe. Kevin Woyjeck was one of the youngest of the 19 Granite Mountain Hotshots killed while fighting the 2013 Arizona fires. “Only the Brave,” a film based on their story, comes out in theaters on Oct. 20. (photo courtesy of Woyjeck family)

Anglers will board Enterprise and City of Long Beach, two boats in Long Beach, in September to fish in honor of local, fallen firefighter Kevin Woyjeck.

Moviegoers, conversely, will head to the theaters in October to watch “Only the Brave,” a film honoring the Granite Mountain Hotshots who lost their lives fighting a massive Arizona fire.

Woyjeck loved fishing and worked as a deckhand on Long Beach’s fishing charter boats while growing up in Seal Beach. 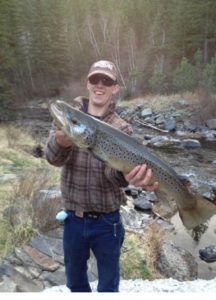 Woyjeck was also following in his family’s firefighting footsteps. He started as a fire explorer with Los Angeles County and then went onto various fire academies and training programs before joining an elite crew of wildland firefighters.

Woyjeck was one of the youngest of the 19 Granite Mountain Hotshots crewmembers killed while battling the Yarnell Hill Fire near Prescott, Arizona in June 2013. Woyjeck was 21 when he was killed.

Jeff Bridges, Josh Brolin, Jennifer Connelly and Taylor Kitsch are some of the actors starring in the dramatic film coming out in the fall. Michael McNulty portrays Woyjeck.

The film’s trailer has already been released, with Sony slated to debut “Only the Brave” in theaters on October 20.