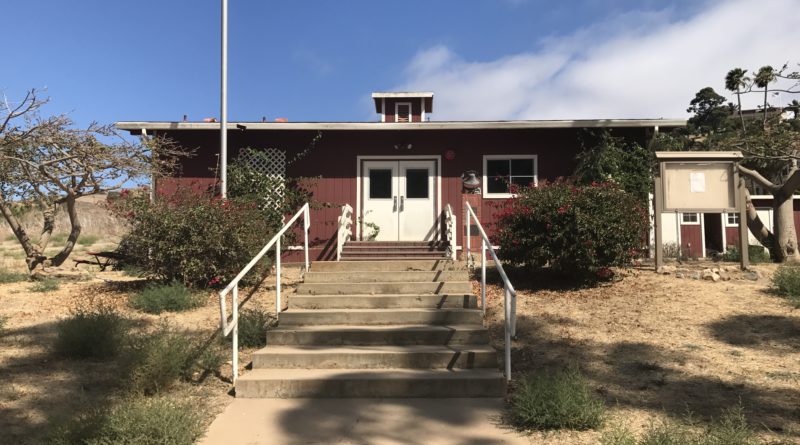 TWO HARBORS — Long commutes might not be a thing for a vast majority of people living on Catalina Island. A small group of students living at Two Harbors, however, endure a meandering path to and from school during the academic year.

The Little Red Schoolhouse, a one-room building in Two Harbors, is currently closed due to a lack of school age children (Kindergarten to Fifth Grade) on the isthmus – meaning the handful of parents at Catalina’s west end have to send their young ones to Avalon.

Traveling from Two Harbors to Avalon via road means zigzagging through Catalina Island’s interior – which can be a time consuming trip, considering the hilly rout and lack of paved roads for most of the trip.

Long Beach United School District, which manages and administers the Little Red Schoolhouse, requires at least nine Two Harbors area children be able to attend classes in order for the one-room educational venue to be open. There are only six children, ranging in age from 10 months to four years, currently living at Two Harbors. Three others who are in sixth grade and higher also live in Two Harbors and are bussed to Avalon for the daily educational endeavors.

“Myself, along with a few other parents, here in town, met with Avalon’s principle awhile back to discuss the potential of it re-opening. And due to funding, Long Beach Unified is requiring a minimum of 9 kids in order to have it re-opened,” Leslie Boutillier, a sales and catering manager with Santa Catalina Island Co., told The Log about the Little Red Schoolhouse. “With such a wide range in ages, the minimum of 9 school age kids (K-5) unfortunately does not look as though it will be met anytime soon.”

The one-room schoolhouse was built in 1986 as a gift to Two Harbors. A 2013 news report in the Daily Breeze stated Long Beach Unified School District spent $100,000 per year to teach six students at the schoolhouse. The schoolhouse has been dark since 2014, according to the Orange County Register.