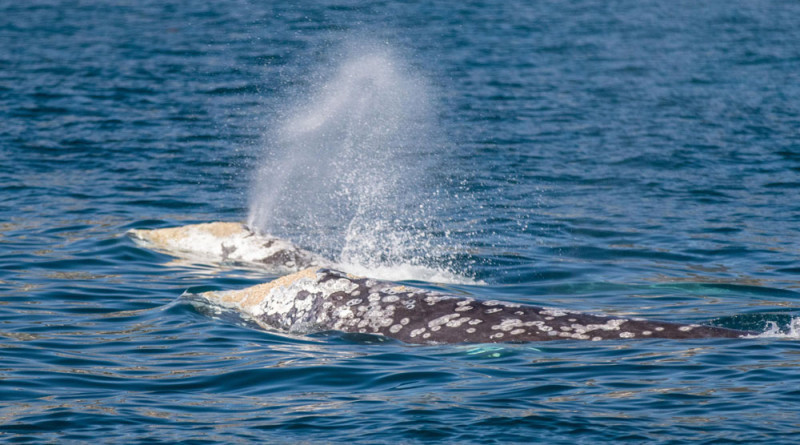 SOUTHERN CALIFORNIA一 From a $1 business in 1955 to a billion-dollar industry today, whale watching has transformed into a booming industry in California and across the world.

“What began about 30 years ago as a way for local sportfishing boats to survive the slow winter months has now become an important industry all its own,” the Log reported in the February 1979 issue.

The first ‘official’ whale-watching trip was conducted by a fisherman from San Diego named Chuck Chamberline who put out a sign saying “See the whales: $1,” according to The Whale-watching Industry: Historical Development, a chapter written by E.C.M Parsons and Erich Hoyt for the book “Whale-Watching (Sustainable Tourism and Ecological Management).”

Chamberline was influenced by the slow fishing in the winter and by land-based student whale-watching ‘counts’ which had been going on since the late 1940s as part of a University of California research and government monitoring project by the pioneer whale researcher Carl Hubbs.

Gray whales at the time were recovering from very low numbers after the end of 19th-century whaling practices. Interests in the whales began peaking and land lookouts, formal guides with naturalists, and informal guides sprang up all along the California coast to witness the gray whale migration between Baja California, Mexico, and Alaska. The California gray whale became a symbol of the U.S. conservation movement in the late 1960s and was designated California’s State Marine Mammal in 1975.

By the 1970s, boat-based whale watching started to take off. Commercial whale-watching spread first to the Mexican lagoons, with long-range, naturalist-led trips out of San Diego, according to “Whale-Watching (Sustainable Tourism and Ecological Management).”

In 1975, whale-watching tours opened up in New England to see the humpback whales feeding in waters on the east coast and it went on to become a big business, according to “Whale-Watching (Sustainable Tourism and Ecological Management).”

In 1981, it was estimated the value of whale-watching amounted to $14 million in tourist expenditure from tickets, food, accommodation, travel, and souvenirs, according to “Whale-Watching (Sustainable Tourism and Ecological Management).” In 2008, the whale watching industry was estimated to amount to $2.1 billion in total expenditures.