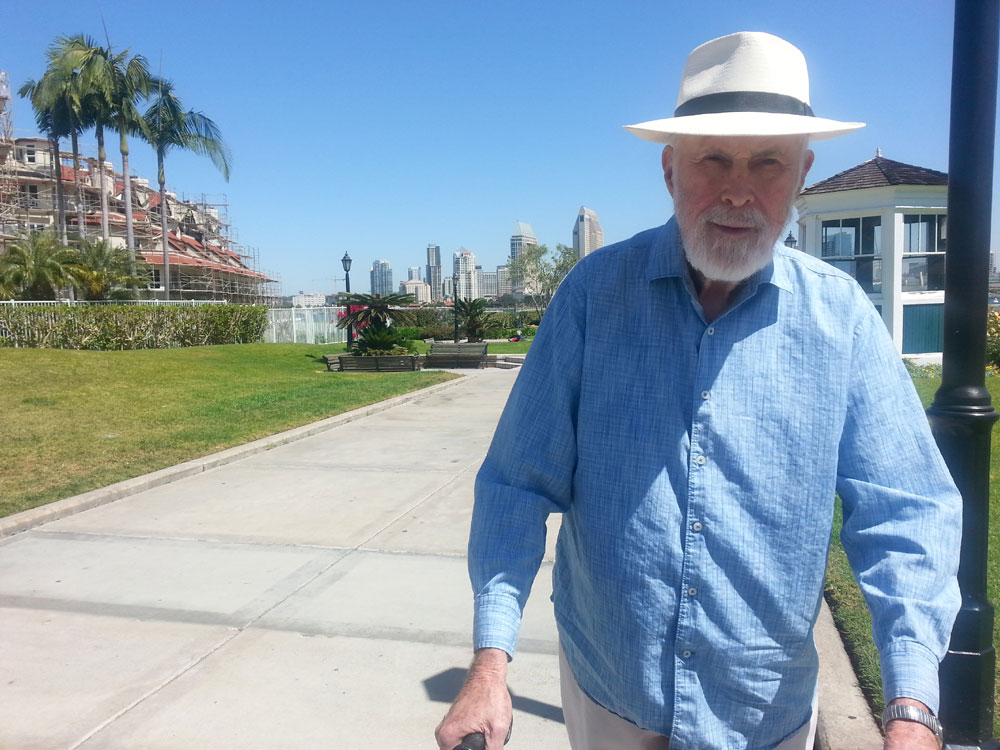 SAN DIEGO — Clearly, there is no one alive today to provide firsthand details of Portuguese sailor Juan Rodriguez Cabrillo’s arrival to the city now known as San Diego. However, there is one man who is able to recount how the Port of San Diego came into existence during the 1960s, about 420 years after Cabrillo’s landing in the same bay.

Jim Mills, 87, is the last surviving member of the team credited for creating the Port of San Diego as a unified district connecting five cities surrounding one of the largest bays in California. Born in San Diego in 1927 and living in Coronado since 1997, Mills is regularly hailed as the “father” of the Port of San Diego.

When Mills served in the State Assembly, the then-head of the San Diego Harbor Department pitched for the creation of a port district. Mills worked with Gov. Pat Brown – the current governor’s father – and a state senator to pass legislation to create a unified port district to manage cargo going in and out of the bay.

By December of 1962, the Unified Port of San Diego came into being, bringing Chula Vista, Coronado, Imperial Beach, National City and San Diego together to manage San Diego Bay and its adjacent areas.

What started as a desire to expand a cargo terminal and partner with other tideland areas evolved into the port serving as a primary destination for commercial and recreational interests in California’s second-largest city. More than 50 years later, the unified port district has grown to become a major economic engine. According to the Port of San Diego, the unified district invested about $1.7 billion for public improvements within its five member cities.

Mills is pleased with how the port has expanded into other areas, such as the development of marinas and recreational facilities.

As happy as he is with the port’s evolution, Mills has more ideas on how he would like to see the waterfront take shape during the next 50 years.

Mills said he would like to see the area in South Bay be restored to its natural condition.

“I’d like to see the dikes taken out of southern San Diego Bay,” Mills said, adding he would welcome a preserve for birds.

Mills is no stranger to preservation, as demonstrated by a state law that bears his name. While the law does not necessarily benefit the port, the Mills Act is a tax incentive tool giving property owners the ability to preserve historic structures, and is used by many California cities.

“The Mills Act came about because an architect who specialized in restoring historic buildings suggested the bill to me. If the owner of the building or house was willing to sign an agreement not to change its exterior, they could have a tax break,” Mills explained, adding many homes in Coronado took advantage of the tax break for historic preservation.

Unfortunately, there is not a law on the books to preserve Mills’ own history.

His professional life saw him hold positions such as curator of the San Diego Historical Society’s Junipero Serra Museum and chairman of Amtrak’s Board of Directors. Mills also served in Korea as a member of the Army. After overseeing the creation of the Port of San Diego as an assemblyman, Mills moved up to the State Senate and served as President Pro Tempore for almost a decade.

The Port of San Diego and Mills Act were not the San Diego native’s only major contributions. According to California Blue Book, Mills’ legislative efforts resulted in the elimination of the pocket veto at the state level and abolition of the State Senate’s “Fact-Finding Subcommittee on Un-American Activities.”

As much as Mills has done for the Port of San Diego and California as a whole, his fondest memory is of a form of transportation that disappeared many years ago: the electric streetcar. He wished they still roamed San Diego.

“I think the disappearance of the streetcars [is what I miss most]. They were running all over the city,” Mills said in a moment of nostalgia. “They were very good.”

Perhaps, one day, the unified port district will feel a little nostalgia for Mills and continue his legacy by establishing a habitat for birds in the South Bay and incorporate his desire for the preservation of recreational boating opportunities in the port’s 50-year visioning plan. It is unclear, however, whether the unified port district would incorporate streetcars into its future plans.