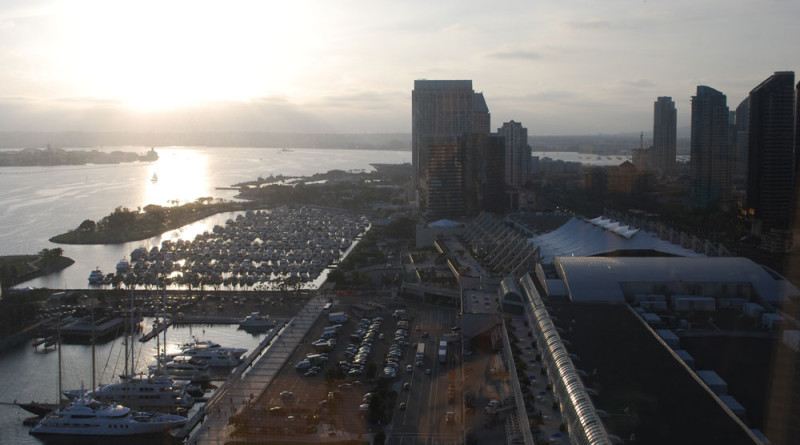 STATEWIDE — You just bought a new boat or moved your vessel to a new area that is home to several marinas. Congratulations! Now comes the hard part: Where do you park your boat? Keeping your boat on a trailer is an option, or perhaps there is a dry boat storage nearby. Renting a slip at a marina is the desired alternative for many boat owners.

Choosing a marina is not easy. One boater who spoke to The Log for this story said choosing a marina requires the same due diligence as finding the ideal apartment. There are plenty of questions to be answered such as: How much does the place cost? Is the place secure? How are the neighbors and local residents? Are there grocery stores nearby?

A few boat owners provided The Log with tidbits of how to search for the perfect marina.

How you enjoy a marina will partly hinge upon what amenities are offered to boaters.

“I used to love my marina when I had a boat in southern Maryland. This was because of the social elements the marina offered: things like Halloween trick or treating, big summer barbeque parties, Easter egg hunts, Christmas in July, etc.,” said Scott Croft, BoatUS vice president of Public Affairs. “I know some folks who keep a boat at a marina want to be left alone, but it was really my wife who told me one day that the reason she put up with my ‘boating habit’ was all the great events the marina offered throughout the year for its slip holders.

They made the place fun for the whole family, a destination, and not simply a ‘garage’ to house the boat. I think it an important question to ask when looking for a home for your boat,”
Croft added.

Mike Ryan lives out of state but keeps his 50-foot sportfisher in San Diego. He said making some basic observations of the amenities available and how they are maintained should provide some insight about whether the marina is an ideal location to dock.

“If you are a family person, you may want to investigate all the marina amenities. If a weight room is important, you better go look at it and make sure it meets your needs,” Ryan said. “Is the pool area clean? Is it always really busy or will you be able to get in the Jacuzzi without 10 kids jumping in and out? Go look at the restrooms, showers and laundry room. That will tell you a lot about how the place is run.”

Ryan started at Kona Kai Marina before settling in at Sunroad Marina. He said his priorities in what he wanted out of a marina changed over time.

“When I had my first boat at Kona Kai, I wanted to be in the marina that was closest to the ocean so I had the shortest run out to go fishing. Kona Kai was also angler friendly and at the time even had a fish cleaning station, which was great since I could not throw my fish in a cooler and clean them in the driveway at home,” Ryan said. “As my boats got bigger, I could clean fish on the boat pretty easily so ‘fisherman friendly’ became less important.”

“I want to be able to leave the boat at the last minute I have to and be able to make my flight,” Ryan said. “Harbor Island became my obvious choice. Now I walk from Sunroad Marina. I know to allow 20 minutes and can stay comfortably on the boat until the last minute.”

Arv Larson, who lives on a boat at Harbor Island, added proximity to the ocean and whether you plan to navigate the waters (versus staying at the dock) could factor into the decision-making process.

Services (and reliability of those services) becomes very important for those who plan on staying at the marina for prolonged periods and plan to use the vessel more like a home.

“If you spent a lot of time at the marina and want it to be your home, you want it to have electricity and pressurized water,” Larson said.

Boaters obviously care about security, whether they seek to protect valuables left aboard a vessel or leave items in their vehicle parked in the marina parking lot while out at sea.

“Security is important to a lot of people. How you define what you need in the personal feeling of security ranges from person to person,” said Larson. “You walk around the marina, you get a feeling for security and watch what people do.”

Larson suggests paying attention to what level of security exists at each marina. Some have tight security and highly secured locks with varying encryption. Other marinas might have gate-controlled doors but people can still gain access to the slips whether they are a boat owner or not.

Another factor is privacy. Glorietta Bay Marina, for example, is across the street from Hotel Del Coronado. Apparently it is not too uncommon for hotel guests to cross the street and view the marina’s boats. Meanwhile boaters at San Diego Yacht Club enjoy a level of isolation courtesy of a 24-hour guard service regulating entry to the marina.

Ryan gave some perspective of marina security in Mexico.

“Marinas in Mexico are all about security. I have to feel safe leaving the boat outside my comfort zone. I visited with boat owners in the marina before I made a choice. I wanted to hear that boat owners were not nervous and did not have any problems,” Ryan said.

Other things to pay attention to include the marina owner’s management style or whether dock carts are returned.

“Do people have stuff all over the docks or stored all over their boats? We call these the Beverly Hillbilly owners,” Ryan said. “Do they allow kayaks and SUP boards to be stored on the docks? Are there any sinking dock sections or other deferred maintenance?”

A marina’s proximity to a hotel could be another factor in the decision-making process. Small boat owners might want to be close to a hotel to rent a room. On the other hand hotels with popular restaurants or bars could mean heavy foot traffic or steady noise issues.

Whether a marina hosts a boat show is yet another consideration, as boat owners and liveaboards would have to move their respective vessels to accommodate the event.

Boaters should always talk to slip renters when scouting a marina.

“Talk to several people that have a boat like yours to try and find someone who has expectations similar to yours,” Ryan said. “If you are going to be working from the boat, you better ask if the Wi-Fi works okay. Just because they say they have Wi-Fi does not mean it works reliably and at acceptable speeds.”

What matters most, according to Ryan, is to determine whether a marina fits as many of your needs as possible.

“Marinas have different personalities depending on the management and boat owners. Some are very social and active. Some are quiet and relaxing. The more time you can spend on the docks before you decide to make a move, the better decision you will be able to make and the happier you will be after you tie up,” he said.

A few items should be on every boater’s checklist when searching for a marina, such as billing, deposits, lease rates, requirements, and other charges.

Marina contracts generally explain what boaters can or cannot do with the rented slip. Some contracts might prohibit subleases, for example. Other agreements might not allow boaters to conduct a business from their boat. All contracts should include information about fees and payment, including consequences of a missed payment.

Charles Fort, the consumer affairs director at BoatUS, co-authored an article with maritime attorney Raul Chacon, Jr. to advise boaters of what to look for when signing a marina lease.

“Reading a marina contract, especially the fine print, is about as exciting as watching paint dry. But this contract is every bit as important as any other major contract you’re likely to sign, and you need to know what your responsibilities are, as well as the marina’s,” Fort and Chacon said, adding slip lease agreements often apply maritime, as opposed to state, law, meaning a different set of rules govern the tenancy than tradition landlord-tenant relationships.

Fort told The Log marina contracts are increasingly more difficult to understand than ever as savvy operators are drafting agreements to shift certain risks onto boaters.

“It’s a contract like any other contract [but] they tend to be a lot harder to understand than in the past,” Fort said. “First read the contract. If you don’t know or understand something, highlight and ask. If you don’t know what you are signing you could be putting yourself or your insurance company at risk.”

Some contract terms or clauses to pay attention to include indemnification, waiver of subrogation and exculpatory provisions.

Exculpatory provisions, meanwhile, protect marinas from being held responsible for negligence. (Gross negligence, however, would likely be covered).

“Take your contract and have your insurance agent review. Ask them if a provision is okay. If it’s not ok your choice is not being covered for a particular incident or [you should] go to another marina,” Fort said.

Boaters are often required to obtain a marine insurance liability policy on their vessel and a registration decal. Some marinas might even require hull insurance, according to Fort and Chacon.

“Often, there is language that requires a boat to be operable, and some marinas require that the boat actually leave its slip once or twice a year,” Fort and Chacon stated in their article.

The article co-authored by Fort and Chacon can be viewed here: bit.ly/1NSTMaB.