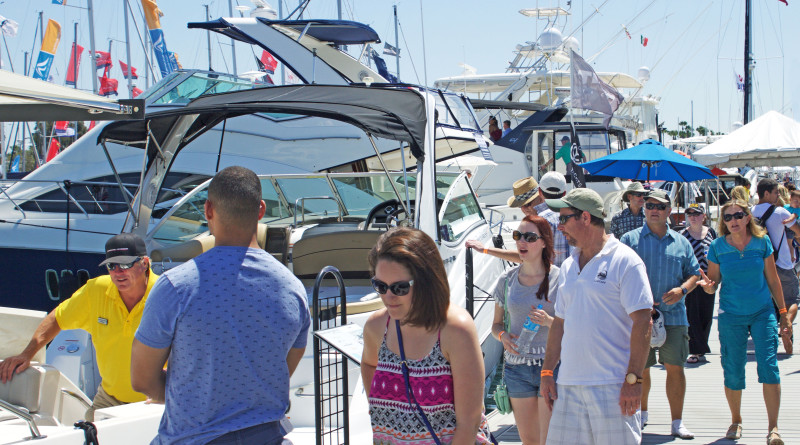 SAN PEDRO — Unseasonably hot temperatures and moderate winds were not enough to keep people off the docks as the Southern California In-Water Boat Show successfully debuted at Cabrillo Way Marina in San Pedro on Sept. 22-25.

Marine enthusiasts viewed more than 200 new and used boats while interacting with various industry representatives at the nearly 80 vendor booths at the southwestern edge of the Port of Los Angeles.

Educational seminars, food trucks, and a craft beer garden were among the other highlights of the four-day boat show, which was produced by the Duncan McIntosh Company.

The boat show was also the largest showcase of catamarans on the west coast – Lagoon, Aquila, Gemini and Bali.

“Our first year in San Pedro was an unquestionable success,” said Duncan McIntosh, the show’s producer. “Exhibitors, attendees and the entire show team were thrilled with the way the show came together and with the response received from attendees and the media. We are excited to develop an even better 2017 show!”

Attendees were treated to a sneak peek of the 2017 Lincoln Continental, courtesy of the Lincoln Motor Company crew, on Sept. 23.

McIntosh credited the Port of Los Angeles, Westric Marinas and the San Pedro community as a whole for making the Southern California In-Water Boat Show a success in its debut year.

He added the San Pedro location help position the boat show to a much wider audience.

“By situating the boat show at Cabrillo Way Marina, we were able to cast a wider net to reach boaters from all over Southern California,” said McIntosh. We spoke with guests from Pasadena, Ventura, Beverly Hills, Highland and even some folks from North San Diego County.”