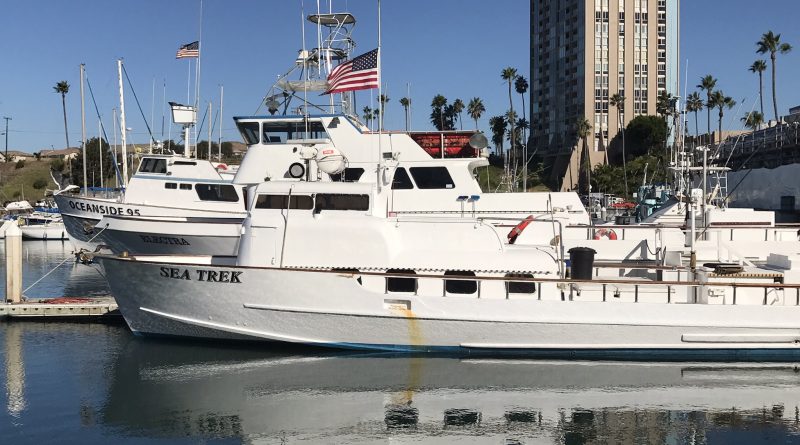 OCEANSIDE—The economic fallout of the Covid-19 pandemic has been widespread, the ripple effects spreading to just about every industry in the world. There has been no shortage of news stories of the pandemic’s negative effects on California’s commercial fishing industry. Commercial fishers in Northern San Diego County have clearly not been immune from the economic fallout, especially with the lack of indoor dining for several weeks.

Those commercial fishermen in Oceanside, in hopes of creating a new revenue stream, proposed a fish market at the city’s harbor.

The presentation was made during an Oceanside Harbors & Beaches Advisory Committee meeting on June 15.

Details of the plan appear to be in development. Oceanside city staff, in publishing the agenda packet for the June 15 committee meeting, said materials for the fish market proposal “will be distributed at a later date.”

There is already precedent for a commercial fisherman-to-consumer fish market in San Diego County – Tuna Harbor Dockside Market has been a steady presence on the Downtown San Diego Embarcadero. The market is open each Saturday, from 8 a.m. to 3 p.m. Seafood caught by commercial fishers are brought to Tuna Harbor each Saturday morning and made available to the public for purchase.

The Log will expand coverage of this proposal in an upcoming issue, complete with whatever has been fleshed out to date and perspectives of what could be on deck.