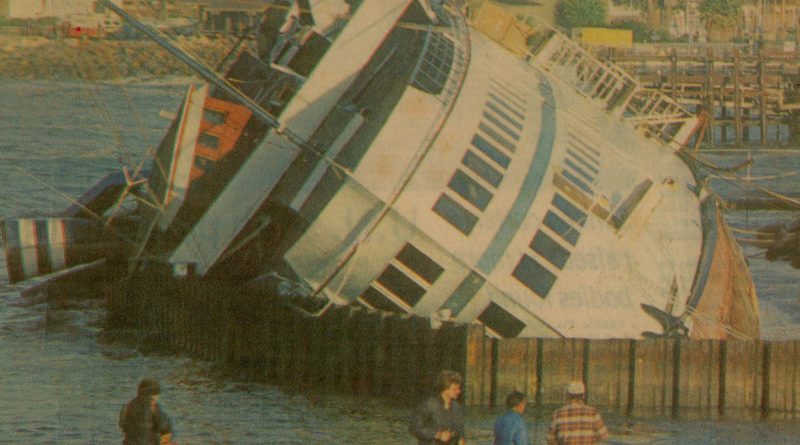 REDONDO BEACH—Before keeling over in January 1980 amid a record high tide and wind-whipped waves, The Lady Alexandra/Princess Louise II was a popular restaurant/disco in Redondo Beach’s King Harbor. The vessel – first named The Lady Alexandra – was built in 1923 and was designed specifically for short excursions in the area between Vancouver, Bowen Island and Howe Sound in Canada. She was retired from service in 1952 and became a floating restaurant in Coal Harbour in Vancouver in 1959. According to Daily Breeze, 12 years later, investors purchased the vessel and brought her to Redondo Beach and re-dubbed her Princess Louise II. In 1973, the ship/restaurant opened for business but the owners filed for bankruptcy two years later, according to Daily Breeze. In the late 1970s, the restaurant was reopened under the ship’s original name, The Lady Alexandra and a disco/nightclub, Dirty Sally’s, was added, according to Daily Breeze. The ship also became the home of the Palos Verdes Yacht Club.