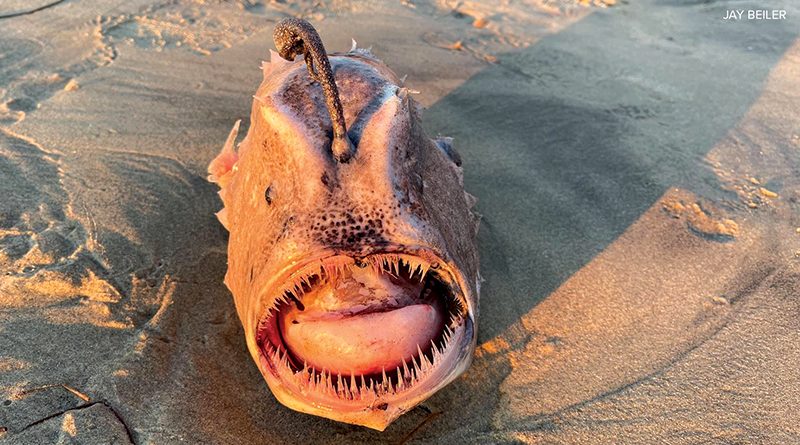 “Since we like weird fish, another report of a Pacific Football fish was posted in mid-November off of Blacks Beach in San Diego!?” said a Dec. 3 Facebook post from Davey’s Locker Sportfishing and Whale Watching. “King tides are this weekend, the biggest tidal swings of the year, tag us if you find any weird fish!”

This is the second time this species has surfaced on California’s coasts this year.

The first was found in Crystal Cove State Park in early May. The Pacific Football Fish is one of 300 species of anglerfish found worldwide. The fish lives in the Pacific Ocean at depths between 2,000 to 3,300 feet and uses the appendage on the top of its head as a lure to bring in prey, according to the California Academy of Sciences.

The lure, also known as the esca, has a bioluminescent glow that stems from photo-bacteria that inhabit the esca through small pores where it nests and multiplies.