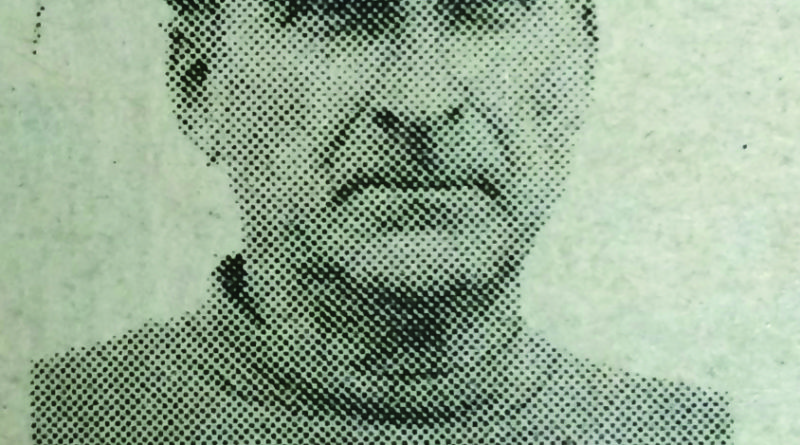 SAN DIEGO — Owning a newspaper was the farthest thing on my mind when, having retired after working for a state agency for over 25 years, my family and I moved to San Diego in the 1970s.

Like so many others who have moved to San Diego, boating was an important part of our lives and our boating experience included several extended cruises to Mexico aboard our motorsailer Alegria.

After returning from Mexico I began writing a column about cruising in Mexico for Pacific Skipper, a monthly boating magazine, and eventually one for the San Diego Log.

When I met William O. Roberts, the paper was a monthly publication with a circulation of about 5,000 copies. His boat was his production department and a long table by the fireplace in the dining room of the Red Sails Inn on Shelter Island Drive was his office and news desk. He distributed the paper to merchants along the waterfront, by boat to the boats berthed at the marinas on Shelter Island and door to door in the Coronado Cays.

For a short time I wrote a column about cruising in Mexico for Roberts which kept us in touch. When for personal reasons he decided to sell his paper and leave San Diego, my wife Betty and I bought it.

Our first office was a small building in back of our home on Point Loma. Our fulltime staff included my wife Betty — the assistant publisher, office manager and bookkeeper — and me, the publisher, editor, reporter, salesman and deliveryman.

Neither of us had had any experience in operating a newspaper but we received a lot of help from the people we met on the waterfront — including Bill and Paul Kettenburg — who thought we needed an office on the waterfront and provided us (rent free) with our first real office, a small vacant building in the corner of their boatyard on Shelter Island Drive and the San Diego Union reporter who would drop by our office with bits of waterfront news for us.

The years went by — our daughter Elisabet and son Louis Jr., who had grown up on the waterfront and with the newspaper, became fulltime employees. Elisabet helped Betty, managed our Marina del Rey office and took over as assistant publisher after Betty’s death in 1981.

Louis Jr., who had developed an interest in computers at a young age, was instrumental in converting the production of the paper to an in-house operation with the acquisition of a photo typesetter and computers.

Two memorable moments include arriving at our printers in Encinitas in northern San Diego County before dawn on publication day to find their building in flames. Fortunately we had the pages for the next issue of the paper with us. Within hours after the fire our printer had made arrangements with another printer to print our paper, which they did the next day. That printer continued to do our production and printing until our printer had rebuilt his plant.

The second, being able to grow the paper from a small monthly San Diego publication to one publishing over 50,000 copies in three editions which were distributed biweekly throughout Southern California. Another memorable event was receiving the Alonzo de Jessop Memorial Award for outstanding services to yachting from the San Diego Association of Yacht Clubs and the Department of Boating and Waterway’s Distinguished Public Service Award.

When I sold the newspaper to Independent News Corporation in 1990, Louis Jr. remained with the new owners for several years. Elisabet joined her husband in his business.

Since selling the paper I have remained with a succession of owners, either as an editorial consultant or writer. Even though I am no longer a boat owner, I enjoy writing about boating — it brings back memories of the people and events which were an important part of my life for so many years.