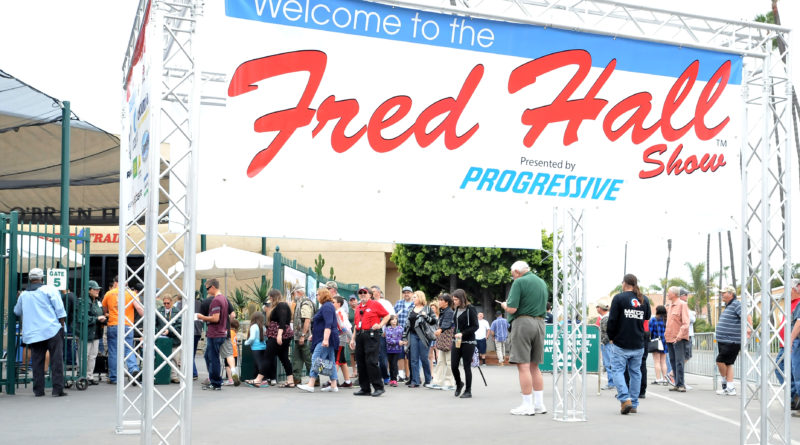 It’s not yet clear when the 44th iteration of show in San Diego will be rescheduled.

FOUNTAIN VALLEY—The 2020 version of the Fred Hall Shows remains to be incomplete, as the COVID-19 pandemic continues to keep the Del Mar version of this year’s fishing convention in San Diego County off calendar.

Fred Hall Del Mar was originally scheduled to take place in late March (March 26-29), but California’s Stay at Home/Safer at Home mandates forced the show to be postponed. Organizers initially rescheduled the show for Memorial Day Weekend (May 21-24), but now those dates were officially taken off calendar.

It appears as if the Del Mar show will take place at some point in the fall, but a commitment has not been made to yet another rescheduled date. The show takes place annually at the Del Mar Fairgrounds, which is located just north of San Diego’s city limits, but the venue has been closed since the state-mandated lockdown went into effect.

California officials have not allowed public gatherings of 10 or more people since mid-March – an order that would prevent the Fred Hall Show from occurring for as long as it is in effect. Social distancing and face mask protocols have also been implemented for anyone engaging in public activities.

“The 74th annual Fred Hall Show at the Long Beach Convention Center brought enormous joy to both exhibitors and attendees. Since then we have tried hard to produce the 44th annual Fred Hal Show at the Del Mar Fairgrounds,” show organizers said in a statement. “Unfortunately, due to the closure of the Del Mar Fairgrounds we are unable to keep our May dates and circumstances prevent us from being able to announce a firm new date at this time.

“We are determined to keep trying,” organizers continued. “Look for us to be back at the fairgrounds in the fall. Stay tuned with updates at fredhall.com to find out more about ‘Hall in the Fall.’”

The Log will also continue to report on updates about the Fred Hall Del Mar show, as soon as they become available.

More than 500 booths, 200 outdoor recreation seminars and hundreds of boats were slated to be featured at this year’s show in Del Mar.