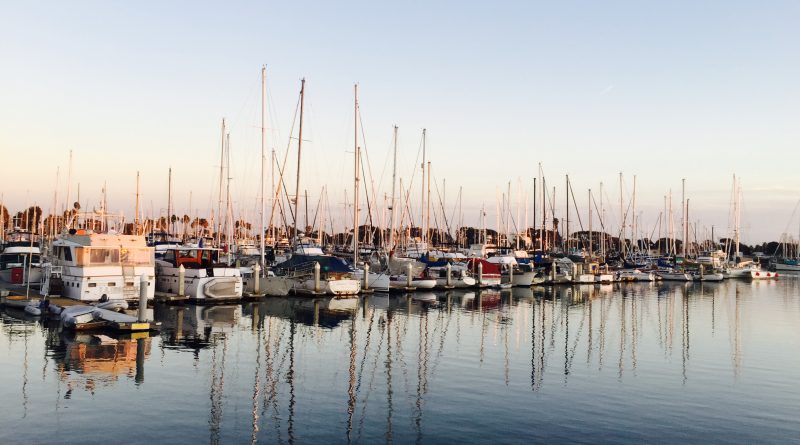 The club’s latest location will be at Ventura Isla Marina and operated by same group who runs Freedom Boat Club in San Diego.

VENTURA—Freedom Boat Club announced its sixth franchise location will be at Ventura Harbor, with the official grand opening of the shared economy-themed boating club held on June 15. Daniel and Jennifer Hasbrouck, who own a Freedom Boat Club franchise in San Diego, are the owners of the new club location at Ventura Isle Marina.

“Pioneering the first ever west-coast Freedom Boat Clubs with my wife, Jennifer, has been a wonderful experience and a life-long dream. We are honored to receive the 2019 Franchise of the Year award and to be recognized by Freedom Boat Club during our 5th operational year,” Daniel Hasbrouck said in a released statement. “When Jennifer and I first launched in 2014, we started with 3 boats, and have since expanded to have 40 boats in operation. Though our clubs are technically 50/50 owned by Jennifer and me, it’s Jennifer who is absolutely a big part of the success of our business.”

“This new location has unique proximity to the renowned Channel Islands National Park – which is only accessible by boat or plane, therefore it is now easier for our members and locals to visit their beloved islands,” Daniel Hasbrouck said.

Daniel and Jennifer Hasbrouck moved to San Diego from Sarasota, Florida, in 2011; the former is a chiropractor and latter, a helicopter pilot.

There are now six Freedom Boat Club locations in Southern California. Visit freedomboatclub.com for more information about the organization. The Hasbroucks can be reached at 619-981-2628 or dhasbrouck@freedomboatclub.com

Freedom Boat Club is a member-based service offered as an alternative to boat ownership. It offers various membership plans, where members can choose to boat every day, only on weekends, or some combination in between. The club handles boat maintenance, cleaning, repair, insurance and storage. The club’s fleet generally features pontoons, bowriders, deck boats, center consoles and wake boats.

There are more than 230 locations in the United States and Canada.