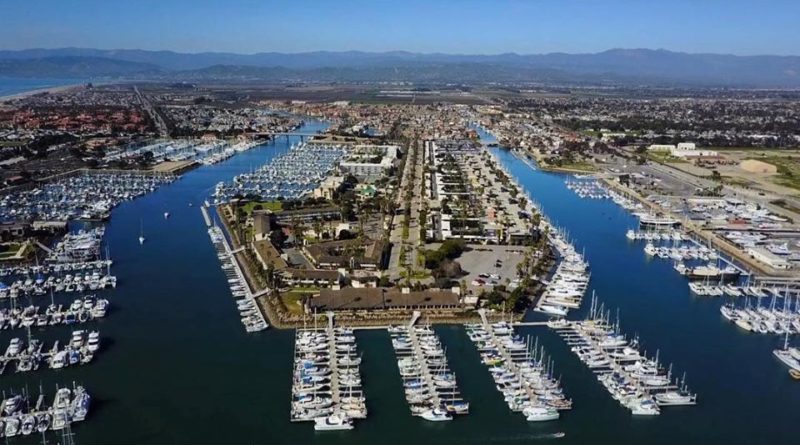 City of Oxnard is at odds with Ventura County over Fisherman's Wharf project; community members are also split.

OXNARD—The infrastructure surrounding a significant portion of Channel Islands Harbor is aging and visibly dilapidated. City and county officials both agree changes to Fisherman’s Wharf (and the surrounding area) need to be made as soon as possible. Those changes won’t be coming anytime in the near future, as the city of Oxnard and Ventura County can’t seem to find common ground on anything else, beyond a desire to revitalize a run-down stretch of Channel Islands Harbor.

Other amenities, such as 36,000 square feet of retail development, 1,110 linear feet of waterfront walkways and improvements to an existing park at the corner of Channel Islands Boulevard and Victoria Avenue, were also proposed under the Fisherman’s Wharf LCP amendment.

Harbor Director Mark Sandoval urged the City Council to approve the LCP amendment. Sandoval, for the record, is a county employee.

“I think we all agree Fisherman’s Wharf … must be redeveloped,” Sandoval told Oxnard City Council members during a presentation. “It’s falling apart, we can’t hold it together, and I think that’s a common, shared objective.”

Sandoval added an updated Fisherman’s Wharf should also increase public access and the desire to visit the Channel Islands Harbor waterfront. Fisherman’s Wharf, Sandoval said, should be “a destination for all income levels” and provide enhanced amenities for recreational boaters.

Allowing the Fisherman’s Wharf project to move forward, according to Sandoval, would bring in “much-needed revenue” for the city of Oxnard and address the region’s housing shortage.

Updating Fisherman’s Wharf as proposed would, specifically, bring in about $500,000 in annual revenue, Sandoval said. Oxnard city staff refuted Sandoval’s forecast, saying an economic analysis has not yet been conducted and there is no basis for the projection.

“Now the opponents don’t want apartments, I get it,” Sandoval told council members. “But, in my perspective, a lot of your constituents already live around apartments, they already deal with density, so why not put apartments by the harbor?”

Max Ghenis spoke to the council on behalf of Ventura County YIMBY (Yes In My Back Yard) and advocated for the Fisherman’s Wharf project.

Ghenis, who is an Oxnard resident, added the housing shortage creates homelessness and poverty, but adding a project like the Fisherman’s Wharf development would actually help in minimizing the negative effects of high housing costs.

Rene Aiu of the Harbor and Beach Community Alliance expressed her organization’s opposition to the Fisherman’s Wharf project, stating the city of Oxnard would lose jurisdiction over the waterfront if it goes through with the housing proposal and LCP amendment.

“Oxnard’s approval of the amendment removes Oxnard from any say in the project,” Aiu said. “The only way Oxnard can keep its jurisdiction and have a say in the development at Fisherman’s Wharf – and in fact within the entire harbor – is through one of Oxnard’s established practices.”

Aiu added those “established practices” include amending the Oxnard Specific Plan or updating the Harbor Channel Islands Sub-Zone, which regulates land uses at the waterfront.

The Harbor and Beach Community Alliance also expressed concerns about parking, public access, coastal resources and whether the LCP amendment violates portions of the Coastal Act.

Mike Deckard, a Port Hueneme resident, wrote a letter to Ventura County Star after the Nov. 7 meeting and said he visits the harbor far less than he used to – Spudnuts is the only storefront he patronizes nowadays. He blamed the waterfront’s “run-down” and “dilapidated” conditions on mismanagement by county and harbor officials.

“We have watched with some anger the decline of the Fisherman’s Village portion of the harbor,” Deckard wrote on his letter to the editor. “This situation has resulted from a continued mismanagement and abandonment of routine maintenance of the facilities by the county and harbor authorities. All of this mess might have been avoided if only maintenance was done as it should have been.

“If we don’t fix the problem, mismanagement, what is to prevent what we build now from becoming a repeat situation 20 years from now,” Deckard later wrote.

Approving the LCP amendment would bring in new revenue, benefit boaters and positively enhance public access to the harbor and waterfront, Sandoval told City Council members toward the end of the Nov. 7 meeting.

“We need for Fisherman’s Wharf retail center to be redeveloped. We cannot fix it,” Sandoval said during his rebuttal comments, which were made after nearly two-and-a-half hours of public testimony. “Who’s to blame? I’m not going to argue that. We cannot fix it. We have to get it redeveloped.”

The Channel Islands Harbor Director added any iteration of a redeveloped Fisherman’s Wharf must include housing.

“I know people … think there’s some magic developer out there that’ll come and put money in just retail. Nobody invests in just retail,” Sandoval told the City Council. “It’s all mixed-use now. You need a residential component or another anchor or it won’t work.”

Council members, however, focused less on the need for housing or revenue and instead made the Fisherman’s Wharf redevelopment decision about a battle between the city of Oxnard and Ventura County.

The property where Fisherman’s Wharf is located is owned by Ventura County.

“We’re on opposite ends,” Council member Oscar Madrigal said about the respective positions of Oxnard and Ventura County about what to do with the Fisherman’s Wharf parcel. “Even if we deny this project, nothing is going to be there because we are not getting along with the county. We can’t even sit at the table and agree on a single thing.”

Madrigal was the only council member who voted to go forward with the LCP amendment.

The LCP amendment in front of council members on Nov. 7 placed the city at a crossroads, according to Council member Gabriela Basua: address the need for housing or maintain jurisdictional power of local development at Channel Islands Harbor.

“I think we need to keep some control of this project,” Basua said. “As much as I am an advocate for bringing housing into this area, I would like to have a say … and to keep some kind of control [of the project].”

Other council members agreed: they wanted the project but weren’t willing to cede power to the county with respect to the Fisherman’s Wharf project.

Mayor Tim Flynn challenged his colleagues, the developer and Ventura County officials come together to work on a compromise and bring the Fisherman’s Wharf project to life.

“I would like to propose right now that the county and city end this, that we come together, we come together with that developer, we work with the community, and we get this project done,” Flynn said.

The city of Oxnard and Ventura County began holding joint meetings since May 2014, according to Sandoval. Oxnard has been opposed to the most recent iteration of the Fisherman’s Wharf revitalization plan since September 2016, Sandoval added.

Ventura County could possibly challenge Oxnard’s rejection and file an appeal with the California Coastal Commission.