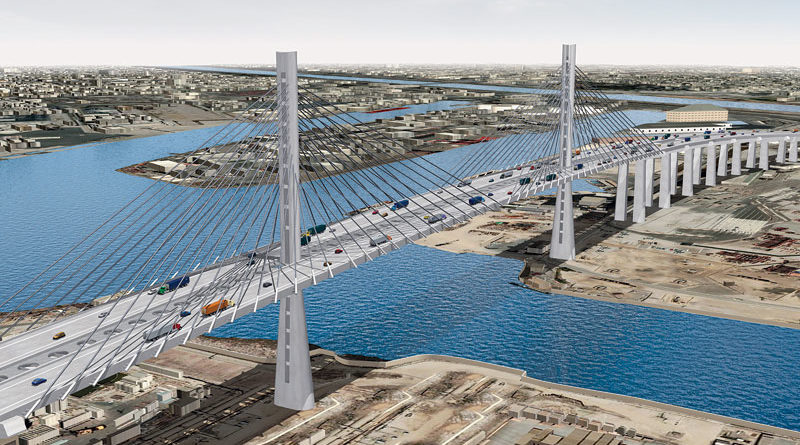 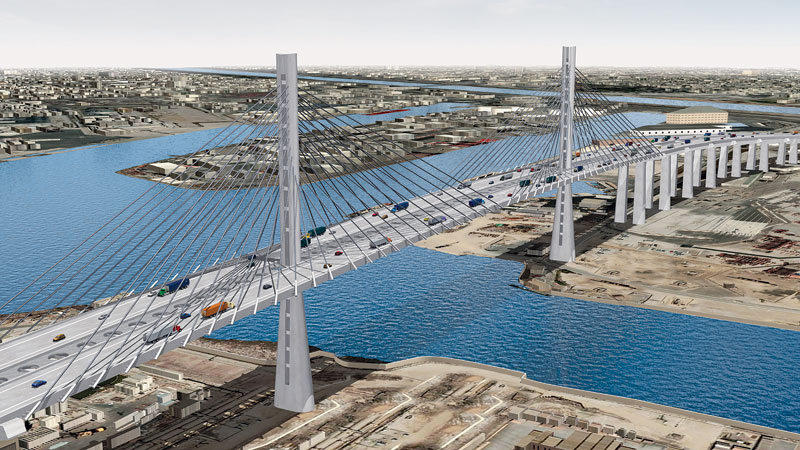 The $950 million bridge replacement project is designed to ease traffic congestion and improve safety, while creating 4,000 jobs over a five-year span, according to port officials.

The Port of Long Beach and Caltrans received proposals over the past year from three pre-qualified design-build teams: Dragados USA Inc., Shimmick Construction Co. Inc. and Skanska. A fourth team, Kiewit Infrastructure West Co., was approved by the port last year but did not submit a proposal by the deadline.

The Gerald Desmond Bridge, which opened in 1968, carries about 15 percent of the nation’s imported goods, and it was not originally designed to handle the traffic load that it carries today.

The new bridge will provide a higher clearance to accommodate the newest generation of efficient cargo ships — and it will add one lane of traffic each way, for a total of six lanes. The addition of emergency lanes will make the bridge safer, as commuters account for about 75 percent of the traffic on the Gerald Desmond Bridge.

According to the port’s plans, the existing bridge will remain open until the new span has been completed.

The design-build contract is expected to be about $750 million for the design and construction of a new cable-stayed bridge, ramp connectors and a pedestrian/bicycle path. Nearly $200 million of the total project cost is allocated for other activities, such as utility relocation, demolition of the old bridge, right-of-way acquisition and contract administration.

The port is scheduled to select a proposal by April 27, with a contract to be executed in May. Construction is expected to take place in phases, beginning in early 2013.

When the new bridge is completed, the old bridge is expected to be demolished. The nearly $1 billion in spending is expected to generate economic activity of more than $2 billion for California.