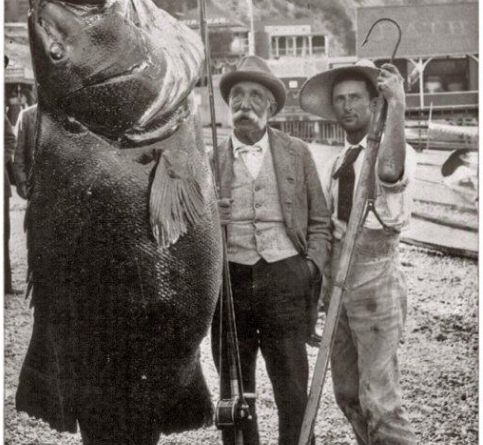 CATALINA ISLAND—At one time in Southern California’s history, it was not a rare sight to see one of the giant black sea bass off the coastline – in fact, it was quite common according to National Park Service’s official website.

Here, Franklin Schenck, a visitor to Catalina Island from Brooklyn, New York, posed with his 384-pound catch. If FishRap had been running in 1900, a shot like this may have been a somewhat routine fishing haul!

Sadly, the black sea bass decline has rendered these magnificent fish (capable of growing to 700 pounds, according to nps.gov) a critically endangered species due to overfishing. In 1982, commercial and sportsfishing these giants was banned.