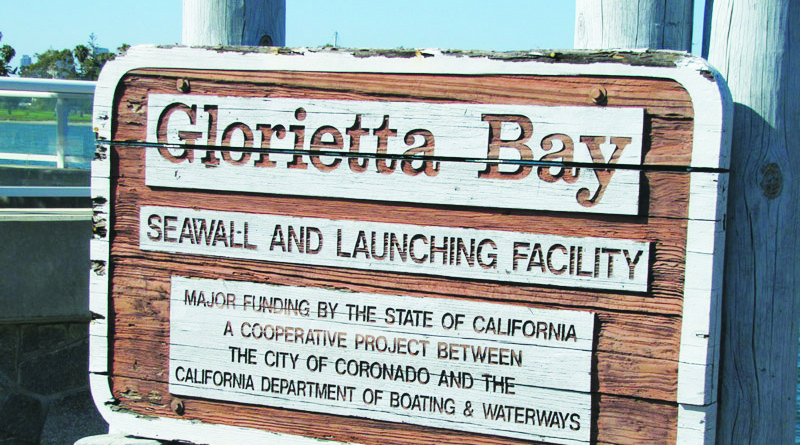 The California Coastal Commission unanimously approved Coronado’s plans to complete its upgrade of Glorietta Bay Marina, giving the city and Port of San Diego another layer of bureaucracy cleared.

Dock C is one of three docks at Glorietta Bay Marina. The first two docks were upgraded in 2007. Coronado built Dock C in the 1980s and is home to 34 slips and 1,303 rentable lineal feet.

City staff told the Coastal Commission the dock is “deteriorating at an accelerated rate and is now in need of improvements.”

Plans also call for the upgrade of a public boat launch ramp, which Coronado built in 1969. It is the only public launch ramp in the city and includes a parking lot, boat wash-down area, gangways, ripraps and a boarding dock.

The new launch ramp will be upgraded to meet state regulations.

Specific improvements to Dock C include a full replacement of the current structure, improved pedestrian access, increased navigational clearance, and turnaround space. The new dock’s total area will take up 7.4 percent less space but feature the same number of slips as the current configuration.

The majority of dock replacement is within the port’s jurisdiction.

The new public dock would be used by small and medium boats up to five hours per day and will also include an 800-square-foot lower freeboard dock extension for kayaks, paddleboards and rowing shells.

Glorietta Bay traces its history to 1887, when Hotel del Coronado opened its doors and boathouse. A boat-turning basin was built in 1938. Completion of the Coronado-San Diego Bay Bridge in 1969 forced officials to build a new entrance channel to Glorietta Bay. A 1,500-foot long seawall was constructed along a portion of Glorietta Bay in 1989 to address flooding and deteriorating shoreline conditions.