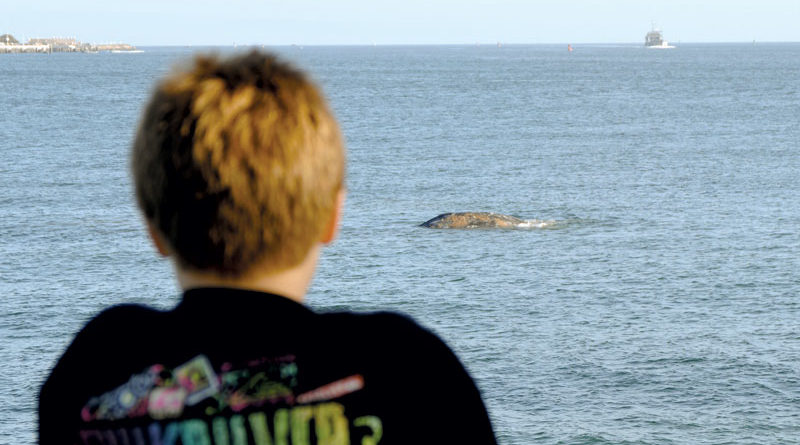 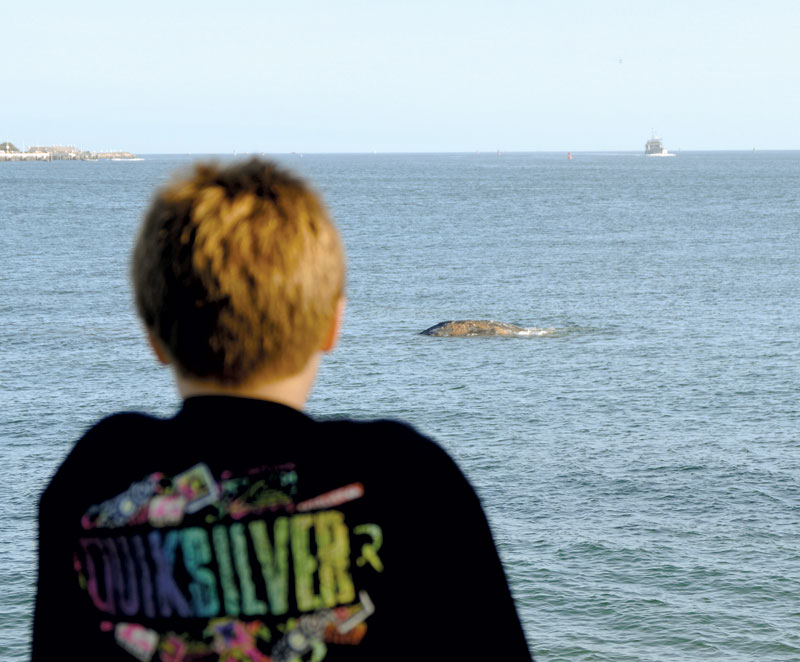 SAN DIEGO — Gray whales visiting San Diego Bay appear to be turning into an annual tradition, as a whale was once again seen hanging out in the bay July 14.

The giant mammal is the third whale spotted in the bay in the last three years — but this time, it appears an accidental run-in with an 18-foot boat may have scared the whale off.

According to a report by KGTV television news in San Diego, Pattie Picchietti and her father took their 18-foot speedboat out for a harbor cruise July 18, when they said they came to an abrupt stop. The two sustained minor injuries and said a nearby kayaker informed them that they had hit a whale.

“I knew it was out there, you know, from watching the news the day before,” Picchietti told the television station. “But who would ever think that you would run into a whale?”

Picchietti told the television station that the boat was not traveling more than 10 mph, and they were located about a quarter mile off Shelter Island when the collision occurred.

San Diego’s harbor cruise boats had been informing their passengers of the new visiting whale in the harbor, which the Coast Guard first received word of July 14. Since the incident with the 18-foot boat, no more whale sightings have been reported.

“We received the initial report July 14 of a small whale, approximately 12 to 15 feet in length, seen in San Diego Bay in the vicinity of Buoy 17,” said Coast Guard Lt. Sean Groark.

Groark said the Coast Guard broadcast the information over VHF radio Channel 16, informing boaters of the whale’s presence in the bay, and urging mariners to boat with caution, keeping at least a 100-yard buffer between the whale and vessels.

“Coast Guard cutter Petrel remained in that area to monitor vessels and essentially keep a safety zone around the whale,” Groark said. Eventually, Petrel lost track of the whale, which was spotted periodically over the next few days, before it was reportedly hit.

Following the collision, both the Coast Guard and San Diego Harbor Police said they did not receive a report of the incident, and it appears the Picchiettis did not go to the authorities with the information.

Groark said that while the Coast Guard is a response-based agency, they would want any safety concern to be reported. Since the incident dealt with marine life, Groark said the National Oceanic and Atmospheric Administration would be the federal agency charged with handling any follow-up to the incident, and it could issue reprimands associated with potentially harming a marine mammal.

The juvenile whale is the latest to catch the eye of onlookers and harbor cruisers in San Diego Bay, as reports of a 30-foot whale nicknamed Diego came in 2009, and a bigger, slower visitor that San Diego residents dubbed Waylon appeared in the bay last year.

Each year, gray whales feed in the Bering Sea in the summer and migrate more than 8,000 miles south to breeding grounds in the warmwater lagoons of Mexico’s Baja peninsula for the winter. By late February and early March, the male and female whales without calves head back north, with females and their newborn calves heading north by mid-April.

The sighting of the juvenile whale in the bay in the middle of July is perplexing, but gray whale migration patterns along the coast of North America have changed recently. Many whales have been reported staying off the coast of Northern California instead of heading all the way up to northernmost points of the eastern Pacific.