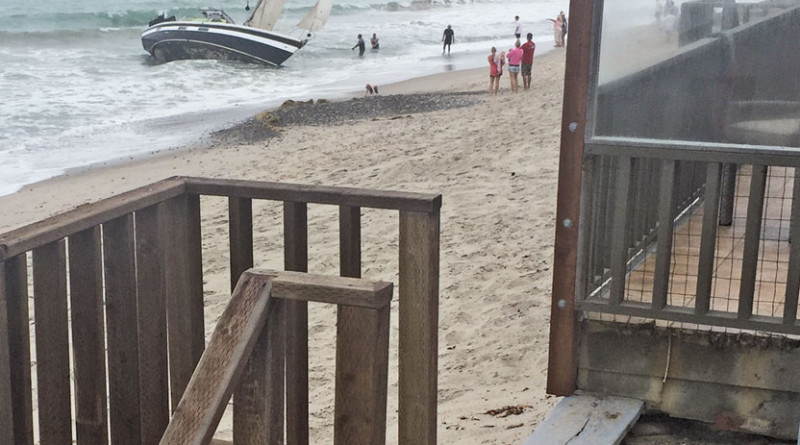 Night Watch, a 40-foot sailboat that ran aground at Dana Points Capistrano Beach in August, was removed by county and state officials in mid-October. About six weeks passed before Orange County Parks and California State Parks removed the dilapidated vessel. Officials reportedly broke the boat into pieces and removed the debris from the beach on Oct. 13.

DANA POINT — A 40-foot sailboat grounded at Dana Point’s Capistrano Beach in August was finally evicted from the sand as county and state officials removed the vessel.

Night Watch beached onto a private section of coast in Dana Point on Aug. 21. About six weeks passed before Orange County Parks and California State Parks removed the dilapidated vessel, which was reportedly owned by a transient boater, from Capistrano Beach. Officials reportedly broke the boat into pieces and removed the debris from the beach on Oct. 13.

The sailboat’s owner did not have the financial ability to remove the vessel on his own, which led to state and county officials removing the 40-footer without the owner’s assistance.

“Removing a boat that has run aground is the owner’s responsibility. In this case the owner is unable to pay for removal of the vessel,” O‘Neil said. “Although this is a private beach the county is arranging for the removal of the vessel as a courtesy to resolve the issue for the benefit of visitors to this beach and adjacent county beach facilities.” 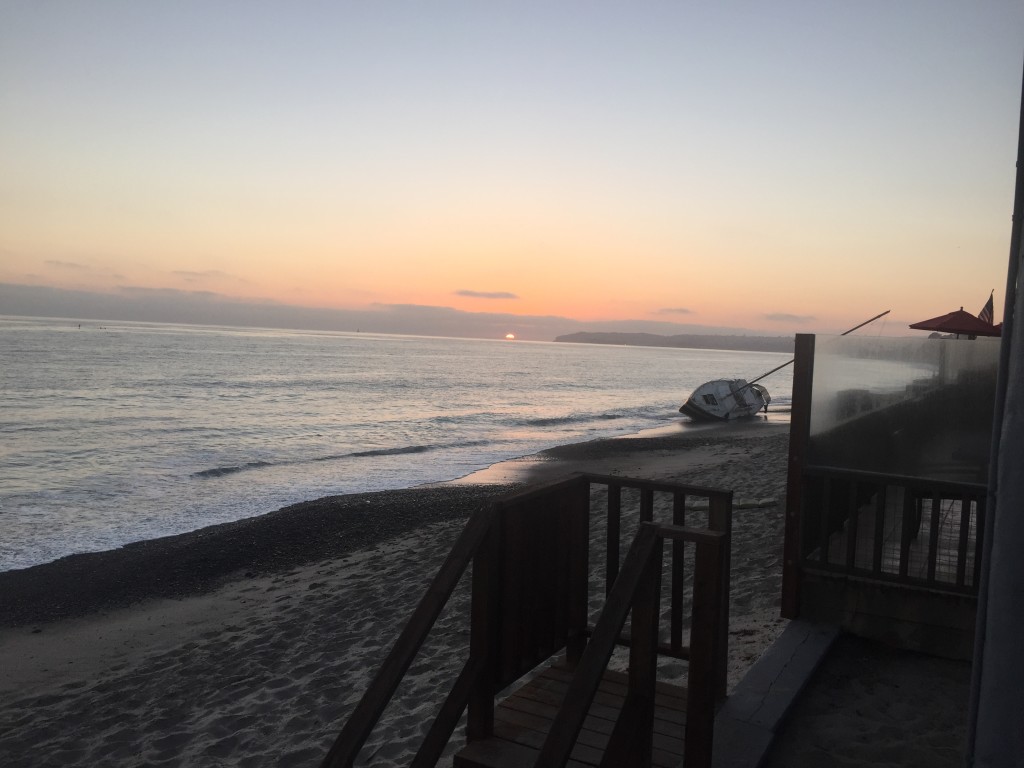 O’Neil added O.C. Parks staff made every effort to salvage the vessel.

“Members of our staff contacted the homeowners association responsible for the beach and offered to provide access and staging via Capistrano or Poche beaches to facilitate salvaging of the vessel,” she said. “We have attempted to contact other jurisdictions, such as the State Lands Commission, that may have an interest in that area of coastline.”

Gloria Sandoval, the deputy director of public affairs for California State Parks, said a vessel might remain on the beach until either a private party or local agency can afford to remove it from a beach or ocean bottom.

“If the local public agency cannot afford the removal it may remain in place until they can. In most cases the state does not normally get involved,” Sandoval said.

She added the county can use grant funding from Cal Boating to remove a beached or sunken vessel, especially those abandoned by its owners.

“This particular vessel is on a stretch of beach that is considered under the jurisdiction of Orange County. Orange County Parks is working with the Orange County Sheriff’s Department (who has an Abandoned Watercraft Abatement Fund [AWAF] grant from Cal Boating) to remove this vessel,” Sandoval said.

The response time to address Night Watch’s removal was relatively quick compared to a similar incident in Playa del Rey.

A 77-foot vessel beached onto a stretch of beach just south of Marina del Rey in February 2014. It took almost a year for an agency to fund the removal of Angelique from Dockweiler State Beach.

The Los Angeles County Board of Supervisors approved a $227,500 budget to pay for the boat’s removal exactly 12 months later. Angelique’s owners could not come up with the money to remove the boat from Dockweiler State Beach. She quickly became filled with sand and was surrounded by yellow “Do Not Cross” tape, well before county supervisors and city officials agreed to pay for her removal.

There were some jurisdictional questions in Dana Point, as well, though Orange County officials took the lead on moving Night Watch.

“The vessel is on a privately owned beach located between the county’s Capistrano and Poche beach facilities. The county – on behalf of the State of California – holds a lateral easement across the private beach solely for the purpose of protecting public access to the water,” O‘Neil said. “The county does not own, operate or maintain the beach or hold any other responsibility other than ensuring public access.”

Sandoval said there are no protocols in place of how to respond to beached boats or sunken vessels since each occurrence is different. The only mechanism in place, she confirmed, were funding programs to assist local public agencies remove abandoned boats.

She added boaters could avoid any liabilities stemming from abandoning by surrendering their boats to the state under the Vessel Turn-In Program (VTIP).

“This is a no-cost alternative for recreational boat owners to surrender an unwanted boat,” Sandoval said, adding a list of participating agencies could be found on Cal Boating’s website. “Surrendering a boat is as simple as contacting a participating local agency and making arrangements to drop-off a boat.

“It is important for boaters to know that there are substantial legal penalties for those caught abandoning a boat, including stiff fines, liens of properties and possibly jail,” she continued.

Surrendering a vessel to the state through VTIP might not be an option for boat owners who call their boat home. Cosmo Mitchell, for example, who lived aboard Angelique could not pay for his boat’s removal from Dockweiler State Beach and reportedly moved into a housing shelter because Angelique, he said, was his home.