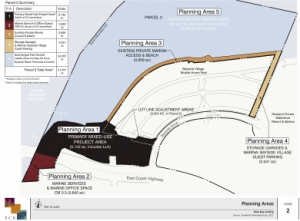 NEWPORT BEACH— An advocacy group seeking to clear up purported liabilities in the Newport Back Bay Landing project recently dismissed its lawsuit against the developer and City Council due to financial burdens.

Bert Ohlig, the treasurer of Stop the Dunes Hotel, a community-based political action committee, confirmed the case was dropped due to mounting legal costs. He said the motion’s main goal was to make the public aware of the project’s impact, while addressing concerns over its Environmental Impact Report (EIR).

“We were faced with costs that were not in our control,” Ohlig said. “These relate to a document called the record. The city maintained that they had produced this record. When we requested it, they said that it would need to be produced and that we would be charged for the legal costs of producing it.

“We were willing to produce this record, but we were not willing to commit to unspecified legal costs. This tactic has been successfully used before to intimidate citizens concerned about a project.”

In March, Ohlig, and group member Susan Skinner, claimed in court documents that “the project is only part of the full project, which the Environmental Impact Report did not analyze at all.” City Council was served the lawsuit March 27 by Orange County Superior Court.

In the petition, Stop the Dunes Hotel claimed that the EIR unsuccessfully analyzed such environmental issues as biology, geology and soils, aesthetics, air quality, and the flora and fauna which inhabit the area. Ohlig said the group’s appeal was grounded on the idea that the involved parties violated provisions in the California Environmental Quality Act. The group claimed developers didn’t provide enough time for the public to be heard on the EIR, and that the city failed to comply with the law upon approving the project.

Both parties failed to reach a resolution during a settlement conference, and Harp said Stop the Dunes eventually offered to dismiss the case with prejudice without the parties entering into a settlement agreement.

The Back Bay Landing project is a proposed waterfront village planned on a seven-acre portion of a 31.4 acre parcel close to upper Newport Bay. It includes plans for a restaurant, retail and office space, boat storage and more. The project is scheduled to begin in 2016.

“I don’t think the lawsuit delayed the project,” Harp said. “However, now the project is free to move forward without the cloud of litigation.”