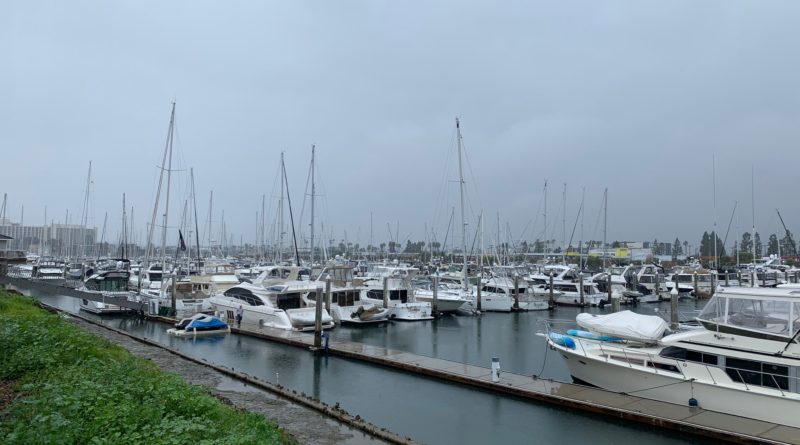 Sunroad Enterprises will soon present fine-tuned development to Port of San Diego’s board.

SAN DIEGO—The Port of San Diego’s Board of Port Commissioners will move forward with Sunroad Enterprises’ updated plans to bring a hotel development at Harbor Island’s eastern elbow site, which is adjacent to Sunroad Marina, it was decided on Feb. 12. Sunroad Enterprises would have to present clarified plans within the next 120 days.

Sunroad Enterprises would come back to the port district’s board within 120 days and present plans for one and two buildings.

Having two hotel properties side-by-side would also allow each building to be contrasted, both in scale and massing.

Port district staff added they are looking for a high quality hotel operator (between “mid-scale” and luxury, according to port district staff) to occupy the planned transient development project, once completed. Potential tenants could be Marriott (AC Hotels, Element, Aloft), Hyatt, Hilton (Curio, Tapestry) or Swissotel.

Gordon Carrier of Carrier Johnson Architects, the architecture firm partnering with Sunroad, presented a few “doodles,” which were rudimentary sketches of what the development site would look like once developed, to the Board of Port Commissioners. He was quick to clarify the doodles weren’t official designs but instead offered a broad vision of how the two-building hotel project could look like – particularly from a massing perspective.

Oliver McMillan, which was previously on the Harbor Island hotel development project as a developer, has since withdrawn from the process.

The withdrawal of Oliver McMillan is the latest wrinkle in a project that has endured through seven extensions and multiple iterations.

Plans to bring a new hotel project onto Harbor Island appeared to be bleak in 2018, but things are looking up again in light of the recent board action.

“What a difference a year makes,” Commissioner Michael Zucchet said. “A year ago, I, and others, had a lot of problems with this project, including … a lack of density, some significant design issues and a lack of political viability at the Coastal Commission.

“Today, what’s being proposed is 50 percent more dense than what was originally proposed,” Zucchet continued. “A lot has happened in the last year.”

Commissioner Ann Moore wanted some more clarity and input on the design process. Her main concern was whether Sunroad’s Harbor Island hotel project would be consistent with the port district’s overall big picture of the port district’s development plans.